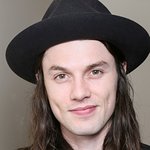 Both artists will collect their awards at the annual star-studded O2 Silver Clef Lunch, to be held on 3 July at the Grosvenor House Hotel, Park Lane.﻿

Championed by everyone from Taylor Swift to the Rolling Stones, 24-year-old British singer-songwriter James Bay is one of the most-buzzed-about new artists of the year. His debut album Chaos and the Calm went to number one in the UK and number 15 in the US, he received the Brit Awards Critics Choice award earlier this year and in recognition of his emerging fame Nordoff Robbins has crowned James Bay Jack Daniel’s Best Newcomer.

On his award Bay says, “2015 has been such an incredible year for me so far. It is such an honour to be recognised by a charity which is so important to the music industry. Nordoff Robbins do incredible work helping to transform lives with music therapy.”
﻿

Nottingham’s Jake Bugg exploded onto the music scene back in 2012 with a number one selling debut album, and citing influences that include Don McLean, Donovan, The Beatles and Jimi Hendrix, released his follow up album Shangri La a year later. The award nominated solo musician is now the recipient of the Best Male Award and on his win says, “It’s an honour to be recognized by the country’s leading music therapy charity and to join an incredible list of artists who have won O2 Silver Clef Awards over the last 40 years. I am really looking forward to collecting my award at the event in July and finding out more about Nordoff Robbins.”﻿

O2 have been proud sponsors of the O2 Silver Clef Awards for 12 consecutive years and O2’s Nuala Donnelly says, “O2 is incredibly proud to be associated with Nordoff Robbins and to be working with them on their 40th Anniversary. After 12 years of working together on the O2 Silver Clef Awards our admiration for their work continues to grow and we look forward to helping them raise more much needed funds.”﻿

Michael Boaler, Senior Brand Manager at Jack Daniel’s said: “Nordoff Robbins continues to do amazing work in using the power of music to help improve lives, which is why we’re delighted to be back at the Silver Clefs and be partners of this excellent initiative. Keep it up guys, you’re doing great!”﻿