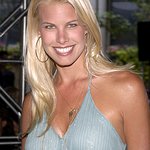 For some 150-200 dogs and a handful of cats in Virginia and Alabama, a second chance at life is just a road trip or flight away.

From May 26-30, American Humane Association, the first national humane organization, will be working with and filming two dramatic transports involving North Shore Animal League America, Pilots N Paws, celebrity animal advocate Beth Stern, philanthropist Lois Pope, and others to save some of the 3-4 million animals relinquished to shelters who are euthanized each year.

On the morning of Tuesday May 26, one of American Humane Association’s two 50-foot Lois Pope Red Star Rescue vehicles will join a mobile rescue vehicle from North Shore Animal League America at the Martinsville, Virginia SPCA where 80-100 dogs will be loaded into the trucks for the drive to North Shore Animal League America’s shelter on Long Island. The dogs will travel in kennels generously donated by the Petco Foundation, who also donated food and water bowls and blankets for these dogs to make the journey as comfortable as possible. Upon arrival in New York, where they will be greeted by celebrity animal advocate Beth Stern (who works with both American Humane Association and North Shore Animal League America), North Shore’s renowned veterinary team will treat the dogs and provide any necessary vaccinations so that the dogs can soon be placed for adoption in forever homes.

Just a few days later on the morning of May 30, the same Lois Pope Red Star Rescue vehicle will travel to Greenville, Alabama, where it will be loaded with another 100 dogs and cats who have been living in local shelters and with foster families. The truck will take them to Mac Crenshaw Memorial Airport where a fleet of 10 private airplanes flown by Pilots N Paws volunteer pilots will meet them and take the dogs to foster families and rescue groups throughout South Florida. American Humane Association will pay for vaccinations and health certificates prior to their flights. Two of these planes carrying 60 dogs will make their way to North Palm Beach Airport, where they will be greeted by a second Lois Pope Red Star Rescue vehicle based in Florida, American Humane Association staff, Beth Stern, and philanthropist Lois Pope herself, who has funded two of the vehicles in the national Red Star fleet. Ms. Stern will be there to take home a mother cat and her five kittens, and foster them at her home in South Florida.

American Humane Association Red Star members will be at the airport to help see that the remaining dogs are placed safely with the local Palm Beach humanitarian group “A Second Chance Puppies and Kittens Rescue,” who will find forever homes for them.

The entire massive coordinated project will be filmed for airing during this fall’s national television broadcast of the 2015 American Humane Association Hero Dog Awards, presented by the Lois Pope LIFE Foundation, to shine a light on the situation so many animals face. The film will be hosted by Hero Dog Awards co-host, and longtime North Shore League America volunteer, foster parent and national spokesperson Beth Stern. She has also served as a spokesperson for Hallmark Channel.

“For almost 100 years, our Red Star Rescue team has helped rescue and care for animals in difficult situations, and we are honored to help and to take this story to millions so that it may inspire more people to bring a shelter animal into their lives,” said Dr. Robin Ganzert, American Humane Association president and CEO. “Our deepest thanks to everyone who is helping to make this effort possible: North Shore Animal League America, Pilots N Paws, the Petco Foundation, 22 rescue and foster groups, Beth Stern, and, of course, Mrs. Lois Pope, American Humane Association’s light of compassion who has helped us give a second chance to thousands of animals over the years through her generous sponsorship of our Red Star Rescue team, the Hero Dog Awards, and this film.”

“Dogs have always occupied a special place in my heart, and when I learned about the situation in Martinsville and Greenville, I knew we had to do something,” said Mrs. Pope. “I hope this project will inspire many people to adopt more of the millions of animals so they can experience the love and the lives they deserve.”

“We are excited to work in collaboration with the American Humane Association on our latest large-scale rescue to save the lives of nearly 100 animals that might have been euthanized,” said Joanne Yohannan, Senior Vice President of Operations, North Shore Animal League America. “North Shore Animal League America began its humane relocation program over three decades ago and has a long standing relationship with SPCA of Martinsville-Henry County. For the past 20 years we have working together to save the lives of over 20,000 homeless dogs and cats in Virginia and the surrounding area.”

“I’m so excited to be part of this large scale rescue operation that will save the lives of nearly two hundred homeless animals,” said Beth Stern. “I encourage everybody to adopt an animal from their local shelter rather than buying one.”

“It is a life changing experience for me to participate in this combined rescue event,” said Debi Boies, founder and president of Pilots N Paws. “Working side by side with the American Humane Association’s Lois Pope Red Star team, and numerous rescue organizations, our volunteer pilots are making flights and saving lives. It’s heartwarming to look into the eyes of these precious animals and see that the fear is gone as they head to their new lives.”

To follow the progress of the transportation and to see pictures from the road and sky, please visit American Humane Association’s Facebook page at www.Facebook.com/AmericanHumane and follow them on Twitter @AmericanHumane. To learn more about the American Humane Association Hero Dog Awards presented by the Lois Pope LIFE Foundation, please visit www.HeroDogAwards.org.