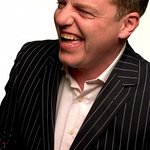 Van Morrison performed at a fundraising event for a drug and alcohol rehabilitation charity in London on Wednesday.

The event benefited Focus12, and featured an amazing champagne reception, followed by dinner, a money-can’t-buy auction and spectacular Rock n Roll entertainment with the legendary Van Morrison headlining, at the breathtaking Porchester Hall, London, and Suggs as host.

The auction included lots such as fabulous artwork from artists Patrick Hughes and Paul Slater, Ed Sheeran signed a Baby Morgan and sent it from NYC, a Brian May-signed guitar, Carlos Santana donated two tickets for his show at the 02 with a pre show meet and greet, and Madness provided a VIP package to a sports stadium of your choice with meet and greet and more.

Charity patron Russell Brand attended the event, as well as celebrities such as Meg Mathews and Fifi Geldoff.

Focus12 is an independent charity providing drug and alcohol rehabilitation through both residential and day-care facilities. The charity was established in 1997 and is able to provide a full range of services from individual therapy through to an intensive treatment programme of up to 12 weeks, that includes detoxification from alcohol, opiates, benzodiazepines, cannabis and all other drugs. As well as Russell Brand, celebrity patrons include Davina McCall and Boy George.