Celebs #HighFiveIt To Save Lives With UNICEF Canada And Canada Soccer 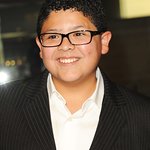 In celebration of the FIFA Women’s World Cup Canada 2015 — the largest single women’s sporting event in history — Canadian and US celebrities have embraced the #HighFiveIt campaign to save lives.

The viral campaign is a partnership between UNICEF Canada and Canada Soccer that aims to save the lives of the world’s most vulnerable children — starting with the universal sporting gesture of a high-five.

Celebs, athletes, politicians and fans have been taking part in the #HighFiveIt Campaign with three simple actions: post a #HighFiveIt photo/video giving a high-five, tag five friends and donate $5 to provide life-saving vaccines, clean water or nutrition to children at highfiveit.org.

“With Canada hosting the largest women’s sporting event, our national pride is palpable and it’s wonderful to see our homegrown talent, along with several American celebrities, taking part in this campaign to save lives. Canadians are known for our generosity and compassion — with #HighFiveIt these games can leave a legacy of lives saved,” said Sharon Avery, UNICEF Canada’s Chief Development Officer.

“Every day, 17,000 children under-five die of mostly preventable causes. Imagine a stadium full of kids, every day. We can stop this. By taking part in #HighFiveIt, actors, athletes, politicians and fans are helping UNICEF save lives with essentials like clean water, nutrition and vaccines — and the government will match the first million dollars donated by Canadians, doubling their life-saving impact,” said Avery.

“I’ve seen the impact of UNICEF’s work with children in Honduras and Dominica and am excited to have two of my passions — soccer and reaching children through UNICEF — come together with #HighFiveIt,” said Karina LeBlanc, goalkeeper for the Canadian Women’s National Team and UNICEF Canada Ambassador. “Competing in the World Cup on home soil makes me unbelievably proud to be a Canadian. We are a compassionate and generous country. I encourage Canadians to high-five every time their favourite team scores or a goalkeeper makes a great save and donate $5 so UNICEF can reach the world’s most vulnerable children to help them survive and thrive.”

How to participate in #HighFiveIt

#HighFiveIt will run throughout June as the Canadian Women’s National Team competes in the FIFA Women’s World Cup Canada 2015. The Government of Canada will match all Canadian contributions to #HighFiveIt up to $1 million — reaffirming Canada’s long-standing partnership to save children’s lives.

A legacy of lives saved

• Every year one million children take their first and last breath on the day they are born.
• 50 per cent of childhood deaths under age five are caused by malnutrition.
• More than 1,000 children die every day from unsafe water and lack of basic sanitation.
• 330 children die from measles every day, despite the availability of a safe, effective and affordable vaccine.

On May 29, 2015 at the pre-tournament friendly match between the Canadian Women’s National Soccer Team and their English rivals, UNICEF Canada, with support from members of the Canadian women’s team, lead 7,238 fans at Hamilton’s Tim Hortons Field in breaking the Guinness World Record for the greatest number of people simultaneously giving a high-five. The previous record of 4,696 people was held by The Kroger Co. in the US, set on April 16, 2013.

The #HighFiveIt campaign was designed pro bono by MarketELLE. Production company Alterna Films and award-winning filmmaker Richie Mehta both donated their expertise and hundreds of hours of time to shooting, editing and producing a stunning 45-second PSA that will air throughout the games.