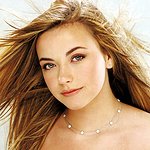 Singer-songwriter Charlotte Church recently gave a soulful live performance of ‘Requiem for Arctic Ice’ in protest at Shell’s attempts to drill for oil in the Arctic.

The event was part of Greenpeace’s month-long run of Titanic-themed orchestral protests against Arctic drilling outside Shell’s offices on the South Bank.

As an addition to the Requiem, Charlotte sang a version of ‘This Bitter Earth’ accompanied by a string ensemble – a poignant combination of works originally by Max Richter and Dinah Washington.

The live recording of Charlotte’s one-off performance will be made available as a free download to help reach more people to let them know about the threat Shell’s drilling poses to the Arctic.

Charlotte said: “I can’t see how anyone could see footage of the Arctic melting and not feel moved. It’s terrifying to think of what we’re doing to this planet. This song just felt so appropriate to why I came here today. I wanted to capture the sorrow and regret that feels tied up with the melting ice, and the bitter irony of Arctic oil drilling.”

The series of performances, entitled ‘Requiem for Arctic Ice’ and inspired by the famous story of the quartet continuing to play as the Titanic went down, is intended to rouse Shell’s UK staff to challenge their bosses on Arctic drilling and urge them to change course.

Shell recently got the final permits it needs to start drilling for oil in the melting Arctic Ocean. It’s got a window of mere weeks to strike oil and billions of dollars on the line. But every second it drills it’s risking an oil spill in icy waters that would be impossible to clean up and disastrous for the people and unique wildlife that call the Arctic home.

Charlotte continued: “I can’t believe the risks that Shell is willing to take. The Arctic ecosystem is already weakened because the ice is melting, yet Shell is willing to risk an oil spill there that they wouldn’t be able to clean up. It’s a disaster waiting to happen.”

Shell has faced increasing public pressure over its Arctic drilling plans, including a ‘Kayaktivist’ protest movement in Seattle, which has spread into Canada and Europe. In recent weeks, other figures from the arts and entertainment world such as Emma Thompson, Peter Capaldi, John Hurt and Maisie Williams spoke out against Arctic drilling. And public figures such as Al Gore, Hillary Clinton and the Archbishop of Canterbury expressed concerns about Arctic oil drilling.