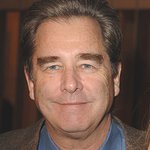 Actors Beau Bridges and Minka Kelly have joined the roster of Hollywood stars supporting Global Down Syndrome Foundation's 7th annual Be Beautiful Be Yourself Fashion Show on Saturday, October 24, 2015, at the Colorado Convention Center in Denver.

Bridges, a three-time Emmy winner, received his 15th Emmy nomination this year for his role as the suppressed provost Barton Scully in Showtime’s “Masters of Sex” series. Part of a preeminent Hollywood acting dynasty, the acclaimed actor has portrayed a myriad of film and television characters during his successful career spanning more than three decades.

Best-known for her roles on Friday Night Lights, Parenthood and Charlie’s Angels, Kelly most recently starred in the Fox network series “Almost Human.” She also portrayed Jacqueline Kennedy Onassis in the critically acclaimed film The Butler opposite Oprah Winfrey.

The 2015 “Be Beautiful Be Yourself” fashion show will feature 20 brilliant and beautiful models with Down syndrome who will be escorted down the runway by actors Beau Bridges, Minka Kelly, Terrence Howard, and a host of other celebrities including Denver Broncos and Denver Nuggets players. Past celebrity participants have included Quincy Jones, Jamie Foxx, Alec Baldwin, Helen Hunt, John C. McGinley, Laura Dern, Kyra Phillips, Beverly Johnson and Jeff Probst, among several others.

The Global Down Syndrome Foundation’s “Be Beautiful Be Yourself Fashion Show” is held annually in October in observation of Down Syndrome Awareness Month. The celebrity gala is the largest single fundraiser for Down syndrome in the nation, attracting over 1,200 guests each year. It has raised over $9.5 million for Down syndrome research, medical care, advocacy, and education. Moreover, it has raised widespread awareness for the alarming disparity of funding for people with Down syndrome while successfully emphasizing their abilities. For additional information and to purchase tickets, visit www.BeBeautifulBeYourself.org.