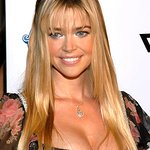 Celebrities are going to the dogs for Best Friends Animal Society's annual Strut Your Mutt Presented by BOBS from Skechers.

Zosia Mamet, Denise Richards, Michelle Beadle, Natalie Morales and Kristen Renton will each lead their own fundraising packs in both the Los Angeles and New York City community dog walks and festivals.

Strut Your Mutt is a 12 city fundraising dog walk, 5K run, and festival that brings together rescue groups, shelters and individuals to celebrate the collective effort of saving the lives of shelter pets. Additionally, through a virtual Strut Your Mutt Challenge, supporters can raise money to help homeless pets in their own communities or for national programs that help to create sweeping changes for homeless pets everywhere.

Six events have already been held, but check below for the remaining opportunities.

“When Best Friends started its work in 1984, there were approximately 17 million dogs and cats dying in shelters nationwide,” said Gregory Castle, chief executive officer of Best Friends Animal Society. “Thanks to the leadership of Best Friends, and the efforts of rescue groups and shelters across the country, today that number is down to an estimated 4 million. The donations raised during Strut Your Mutt are used to fund lifesaving adoption programs and spay/neuter services, so that, ultimately, we impact the number of pets entering and leaving the shelters. We won’t stop until we save them all.”

Since 2010, Best Friends has raised more than $5.2 million for its animal welfare partners through Strut Your Mutt. The national goal for 2015 is $2.6 million.

To get involved, start your own fundraising page or donate to an existing team, please visit StrutYourMutt.org.

Special thanks to presenting sponsor BOBs by Skechers and national sponsors MINI and Nature’s Variety Instinct.