The Thrive Network To Honor Celebs For Humanitarian Efforts 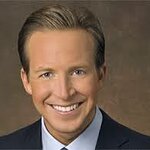 Chris Wragge, Emmy Award Winner & Co-Anchor of CBS News This Morning, will emcee the event and present The People Who THRIVE Award to four of New York’s exemplary leaders and humanitarians for their outstanding work with The THRIVE Network and various charities. Award recipients will include:

• Steve Weatherford, New York Giants Super Bowl Champion – Weatherford is recognized nationwide for his charitable endeavors including being the recipient of the coveted Wellington Mara Award for outstanding community service. He is a supporter of numerous charities such as: The Breast Cancer Research Foundation, NJ Boys and Girls Club, and has his own Steve Weatherford World Champion Foundation which directly benefits Rush the Punter, Kick for Kids and Project Prom, the philanthropic initiatives Steve has founded over the course of his NFL career.

• Trent Tucker, NBA World Champion & former New York Knicks Guard- Since retiring from the NBA, Tucker has been involved in the Minnesota and New York community for over 20 years. In 1999, Tucker formed his own non-profit organization called the All 4 Kids Foundation, which is committed to educating at-risk youth through a curriculum that expands their horizons and encourages them to participate in new areas of learning. Tucker also hosts annual basketball camps and partners with various charities throughout the year that are close to his heart.

• Letitia James, Public Advocate for the City of New York- James serves as the direct link between New Yorkers and their government, acts as a watchdog over city agencies and investigates complaints about city services. In less than two years, James has transformed the Office of the Public Advocate to deliver real results. She’s led the push for police body-worn cameras in the NYPD, the first to call for special prosecutors to be used in all cases of police misconduct and endlessly fights for reform legislation to protect tenants and affordable housing. Most notably, James is an advocate for children in foster care, leading voice in the fight for universal free lunch for public school students and proponent for paid family leave and wage increases.

• Adam Hochfelder, Managing Director of Real Estate Acquisitions & Development, Merchants Hospitality- Hochfelder is a real estate executive that has secured multimillion-dollar deals in acquisitions and assemblages for various properties in New York City. Eager to help the underprivileged, Hochfelder funded the development of the New York City Parenting Center, which aids first time mothers in need. Hochfelder has developed low-income housing in New York City and Philadelphia, contributed to HELP USA and has been an active youth sports coach in Manhattan.

“I’m delighted to honor these four remarkable luminaries, whose stewardship and philanthropic efforts continue to set a precedent in civic service, focusing on the betterment of their community. Similarly, here at The THRIVE Network, we strive to meet the needs of individuals and families who are in need of crucial services to enhance their lives. We assist people to live with dignity, respect and independence, creating opportunities for meaningful experiences. This event not only will recognize their remarkable accomplishments, but will reinforce that we must all play our part in giving back,” said Charles A. Archer, CEO, The THRIVE Network.