The Lab will serve as a physical think tank for a team of engineers and data scientists to research technologies, create partnerships and build innovative technology solutions to fight child sexual exploitation.

“Technology plays a huge role in child sexual exploitation and we are committed to making the Internet a more hostile environment for predators,” said Ashton Kutcher, Co-Founder, Thorn. “Our focus at Thorn, and especially through the Lab, is to harness the best and the brightest minds in technology to be a part of the solution and create proactive tools to stop this abuse.”

“Unfortunately, all too often individuals have chosen to use the Internet to exploit children. At Google, we have taken many proactive steps to stop our platforms from being used for this type of abuse,” said Susan Molinari, Vice President of Public Policy and Government Relations at Google. “Google.org, our philanthropic arm, has invested nearly $20 million in organizations fighting child exploitation and human trafficking. We are proud to lead this investment in Thorn to help create a center 100% dedicated to creating good applications of technology that will help protect children, find victims and stop abusive behavior.”

In its initial year, the Lab will include several full-time engineering and data science staff members and will leverage fellowships, internships, university and corporate partnerships and hack-a-thons to achieve its goals. Current openings can be viewed here.

The Lab is a natural next step, given Thorn’s deep roots in Silicon Valley. In 2010, with the leadership of Ron Conway, founder of SV Angel, Thorn created a Technology Task Force to focus on collaboration and information sharing to improve the use of technology to combat child sexual exploitation. The Task Force is now the largest industry group of its kind – with over 25 companies participating – and to-date it has helped guide the development of many of Thorn’s programs including the development of the Thorn Sound Practices Guide, the industry hash-sharing initiative and Thorn’s online child sexual abuse deterrence programs which have reached more than two million people. 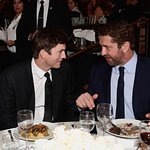