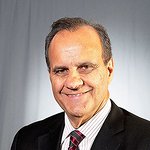 Prostate Cancer Foundation (PCF), a nonprofit organization which remains steadfast in its commitment to identify and fund groundbreaking cancer research programs to save the lives of millions, will host its annual New York Dinner at the The Pierre Hotel on Wednesday, December 2, 2015.

The dinner will honor the 20th Season the Prostate Cancer Foundation has partnered with Major League Baseball and its team owners for the PCF Homerun Challenge, with Baseball Hall of Fame Managers Joe Torre and Tommy Lasordaand David Cohen of Comcast. The dinner event will be an unforgettable evening, hosted by Whoopi Goldberg and John O’Hurley and will feature special guests and musical performances by Rock Legend John Fogerty, Mezzo-Soprano Isabel Leonard, Baritone Nathan Gunn and singing group Forte from America’s Got Talent. Proceeds from the evening will support groundbreaking discoveries in cancer research.

Last week, the Media Access Awards, in partnership with nonprofit disability services provider Easterseals, celebrated the honorees of the 2020 Media Access Awards. This year’s event paid tribute, virtually, to those individuals, series, and films that have redefined on-screen representation for the disability community, while advancing the portrayal and employment of people with disabilities in Hollywood. More →