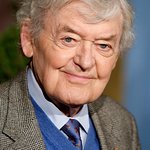 Hal Holbrook will present his legendary one-man show MARK TWAIN TONIGHT! at The Broad Stage in Santa Monica, California on February 11, 2016 as a benefit for The Actors Fund.

In MARK TWAIN TONIGHT!, Hal Holbrook delivers one of the most acclaimed and enduring performances in the history of theater as he brings the wit and wisdom of the first great American author to life. Mr. Holbrook is the consummate, journeyman actor who has toured the world as Mark Twain for over sixty years, while brilliantly making his performance relevant to present day events. By using and honoring Mark Twain’s own words, it’s as though Twain were alive and orating today.

The show was originally created in 1954 in a Greenwich Village nightclub, where Ed Sullivan saw him and first gave Holbrook national television exposure. Ten years later, Hal Holbrook in MARK TWAIN TONIGHT! ran on Broadway, winning Holbrook the Tony Award for Best Performance by a Leading Actor in a Play, and aired on CBS Television before 30 million people. The New York Times stated, “Mr. Holbrook’s material is uproarious, his ability to hold an audience by acting is brilliant,” while The Washington Post declared, “The combination of Holbrook’s physical and vocal talents and the potency of Twain’s words is a mesmerizing thing to behold.”

The honoree committee for this one night only Los Angeles performance includes Michael Douglas, Catherine Zeta Jones and Joe Mantegna. The show will be produced by Alba Francesca and Joyce Cohen with Rich Costabile as production supervisor. The evening is generously sponsored by Sextant Wines and Devotion Vodka.

Tickets can be purchased at www.thebroadstage.com/mark_twain_tonight/ or by calling 310-434-3200.

Sponsorship packages are available beginning at $5,000 and include multiple press/branding opportunities as well as VIP tickets for the show. For more information, please contact Kathleen Cahill at 323-933-9244 or kcahill@actorsfund.org.

ABOUT THE ACTORS FUND
The Actors Fund is a national human services organization that helps everyone – performers and those behind the scenes – who works in performing arts and entertainment, helping more than 21,000 people directly each year, and hundreds of thousands online. Serving professionals in film, theatre, television, music, opera, radio and dance, The Fund’s programs include social services and emergency financial assistance, health care and insurance counseling, housing, and employment and training services. With offices in New York, Los Angeles and Chicago, The Actors Fund has – for nearly 133 years – been a safety net for those in need, crisis or transition. Visit www.actorsfund.org.

Kerry Washington and the Cast of Scandal to Reunite on Stars In The House Jul 28, 2020

Gladiators, it’s time to break out the white hats! Seth Rudetsky and James Wesley announced today that the cast of “Scandal” will reunite for a very special episode of “Stars In The House” which will livestream on PEOPLE’s social platforms Wednesday, July 29 at 8pm ET. More →