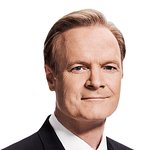 The K.I.N.D. fund, which provides students in Malawi with desks and scholarships, has topped more than $10.5 million in donations, it was announced last week by MSNBC’s Lawrence O'Donnell.

Created in 2010, K.I.N.D. (Kids In Need of Desks) is the result of a partnership between UNICEF and O’Donnell and is featured during the holiday season on the MSNBC primetime show “The Last Word with Lawrence O’Donnell.” This past 2015 season, show viewers provided an outpouring of support, bringing the total funds raised since its inception to more than $10.5 million dollars.

Since 2010, K.I.N.D has placed more than 148,755 desks in 575 primary schools in Malawi, providing actual workspaces to nearly half a million students who would otherwise be sitting on the floor. The fund has also provided over 718 scholarships to girls to complete all four years of high school. K.I.N.D. continues to benefit the Malawian community beyond the walls of the classroom as the desks are manufactured locally, resulting in numerous jobs created for residents over the past 5 years.

A very personal project for O’Donnell, the idea to create the fund was sparked after a 2010 visit to the country when he learned firsthand that the number one item that Malawian school teachers said would best improve the lives of the students was desks. During that trip, O’Donnell connected with UNICEF and a Malawi woodworking shop and paid for them to make 30 student desks. With three kids to every desk that first delivery enabled 90 students – a full classroom – to move from classroom and dirt floors to desks, and in turn began the K.I.N.D. movement.

“The Last Word with Lawrence O’Donnell” airs M-Th at 10:00 PM ET on MSNBC. Drawing upon his experience as a former chief of staff on the Senate Finance Committee and as an Emmy-winning executive producer and writer of “The West Wing,” O’Donnell and his venerable guests give the “last word” and discuss the most compelling stories of the day.