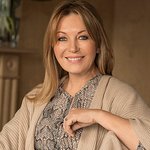 TV and radio presenter, Kirsty Young, has been announced as UNICEF UK’s new President, taking over from Lord Ashdown who has been in the position for the last six years.

With her exceptional background in journalism, news and current affairs, Kirsty will bring a host of skills to the role, along with passion and dedication for UNICEF, the world’s leading children’s organisation.

Kirsty, who presents Desert Island Discs on BBC Radio 4 and also fronts a variety of television programmes, brings impressive experience to the role. She began her broadcasting career twenty five years ago at BBC Radio Scotland and her work has been wide-ranging with stints anchoring network news and television series including BBC’s Crimewatch. Kirsty is a keen long term supporter of UNICEF UK and most recently helped to launch 7: The David Beckham Fund for UNICEF.

David Bull, Executive Director, UNICEF UK said: “We’re thrilled to announce Kirsty Young as the new President of UNICEF UK. She brings incredible experience to the role alongside a strong belief in UNICEF’s work for children across the world. Kirsty is able to speak about the issues facing these children with authority and passion. I am excited to have brought a powerful new voice to our mission for children. Kirsty has a natural synergy with UNICEF, it’s values and our desire to put children first. Her experience of current affairs made Kirsty a natural choice for President and we look forward to working with her over the coming years.”

Kirsty Young, UNICEF UK’s President, added: “I am delighted to step into the role of President for UNICEF UK and it’s a privilege to follow in the footsteps of Lord Ashdown. I hope that I’m able to help by shining a light on the vital work UNICEF does with children in danger across the world. As a mother, I can think of nothing more important than keeping vulnerable children safe and healthy. UNICEF is dedicated to that cause and I can’t wait to get started by doing my bit to help such a brilliant organisation.”