8,000 Children To Sing For Nordoff Robbins 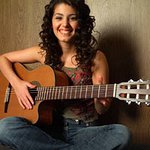 The world’s largest children’s choir, Young Voices, are turning 20! To mark the occassion, Young Voices will end their 2016 concert series with a special gala concert at The O2 arena in London on Monday 8 February to benefit Nordoff Robbins music therapy.

Katie Melua says “I’m delighted to be performing at the Gala event to celebrate the work both Young Voices and Nordoff Robbins do. We all know that music can have a profound effect on people’s lives, sometimes all it takes is 3 and a half minutes to change your day for the better and there are so many incredible stories to demonstrate this from within Nordoff Robbins and Young Voices.”

Laura Wright who is an ambassador for Nordoff Robbins says “I am honoured to be taking part in the Young Voices Gala. As a long standing Ambassador for Nordoff Robbins and a dedicated believer in the power of what they do, I am thrilled to be part of this event. To see two musically-focused organisations join together and celebrate their work in delivering music to people in their own unique ways is really special; music is such a wonderful tool, and both Young Voices and Nordoff Robbins give so much to so many through it.”

Lemar Obika, British singer, songwriter and record producer says “I am delighted to be performing for Nordoff Robbins and very much believe in the transformative power of music to change young lives.”

Earlier this year Young Voices named Nordoff Robbins their official charity partner for 2016 and have raised almost £10k so far from app donations and bucket collections alone at their performances at Genting Arena Birmingham and Motorpoint Arena Sheffield.