Arcade Fire To Be Honored With Humanitarian Award 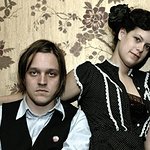 The eight-time JUNO Award-winning indie rock band demonstrates the spirit of the award through the millions of lives they’ve enriched through their music and their impact on both local and national charitable causes.

The Allan Waters Humanitarian Award recognizes outstanding Canadian artists whose contributions have positively enhanced the social fabric of Canada. Named after CHUM Ltd. founder Allan Waters, the award is made possible by funding from BCE-Bell Media Benefits. It will be presented to Arcade Fire at the 2016 JUNO Gala Dinner & Awards on Saturday, April 2, 2016 in Calgary, Alberta.

“It is an honour. We are very thankful,” said Régine Chassagne on behalf of Arcade Fire. “It helps us continue the work.”

“It’s an honour to present Win, Régine, Will, Richard, Tim, and Jeremy with this award for their compassionate and impactful work,” said Randy Lennox, President, Entertainment Production and Broadcasting, Bell Media. “Arcade Fire is passionate and energetic not only about crafting amazing music, but also amplifying the voice of the non-profit organizations they work with.”

Hailing from Montréal, Québec, Arcade Fire is a six-piece band led by the husband-wife duo of Win Butler and Régine Chassagne. Since forming in 2001, the band has garnered both mass popularity and critical acclaim, recognized with eight JUNO Awards, two BRITs and one Grammy. Known for their powerful, energetic live performances, Arcade Fire brings that same energy to their charitable endeavours.

Over the course of their career, the members of Arcade Fire have persistently used their voice and platform as an opportunity to shine a light on a cause that is very close to their hearts – the people of Haiti. In 2006, the band started donating $1 per concert ticket sold to Partners in Health (PIH) – a non-profit organization founded in Haiti that brings high quality healthcare to the poorest areas of the world. Established in 1987, PIH works to address poverty, inequality, and other root causes of illness, bringing the benefits of modern medical science to those most in need of them. In the 25 years since its start in Haiti’s mountainous Central Plateau region, PIH has expanded and built long-term relationships with sister organizations based in settings of poverty, launching additional projects around the world to provide a preferential option for healthcare and serve as an antidote to despair.

Since Arcade Fire’s strong affiliation with PIH, the band has developed additional long-term partnerships with two other incredible organizations: KANPE, a foundation that stands with the most vulnerable Haitian families to work towards their financial independence, and the Artists Institute – the first free college of art and technology in Haiti’s history, founded by Artists for Peace and Justice.

Co-founded by lead singer Régine Chassagne in 2010, KANPE (meaning “To Stand Up” in Haitian creole) implements a family support program that integrates the pillars of autonomy: health, nutrition, housing, education, agriculture and leadership. With an initial duration of 18 months, the successful program provides the foundation that enables families to achieve financial autonomy in a sustainable way.

Arcade Fire has traveled to Haiti several times to learn more and engage deeply in the social and cultural context of the nation.

While visiting Haiti, front man Win Butler noticed that the sunshine, soil and rolling mountains could mean real potential for coffee farming – and an infusion of much-needed jobs to the hemisphere’s poorest nation. He approached La Colombe Coffee to co-create a new coffee, from Haiti, for Haiti — and funnel the profits right back to those who need it most. Together they came up with RaRa Coffee, specially grown in Haiti, with the proceeds going straight to Partners in Health and the Haiti Coffee Academy.

To date, Arcade Fire has not only raised and donated over $4 million, but has also trained thousands of outreach volunteers and engaged over 500,000 fans in the fight for the people of Haiti.

In 2014, Arcade Fire and PIH became the founding partnership of Plus One – an international charitable organization that connects artists, causes and music fans to make an impact in the world. The charity now works with a growing community of artists such as The National, Chvrches, Johnny Reid, Arkells, Metric and Macklemore & Ryan Lewis, who agree to donate $1 per every concert ticket sold, with 100% of the donations going to an organization that the band and Plus One believe in. Through this initiative, more than $2 million has been raised for the benefit of organizations such as Global Health, Partners In Health and KANPE.

With a combination of their unique sound and theatrical performances, Arcade Fire built a fiercely loyal fan base in the early 2000s. Their breakthrough album Funeral (2004) was released to wide critical acclaim and featured in numerous Album of the Decade Polls including NME, Pitchfork, Guardian, Mojo and Rolling Stone. The group’s platinum-selling sophomore album Neon Bible (2007) debuted at #2 in the US and UK. Both records were nominated for Best Alternative Album at the Grammy Awards following their release.

In 2011, Arcade Fire won Album of The Year at the Grammy Awards for their third studio album, The Suburbs (2010). The band’s fourth album Reflektor was released in October 2013 and welcomed as “a dark disco classic” (The Times) and “an art rock epic” (The Telegraph). Led by title track “Reflektor”, the album hit #1 in the Official Album Charts across the US, UK, Canada, Ireland, Belgium and Portugal, and topped the iTunes charts in 40 countries.

Arcade Fire has toured extensively worldwide, including Europe, America and Australasia. Renowned as being one of the best live acts around, the Daily Telegraph described Arcade Fire as “the greatest live band in the world, and everybody who sees them knows it.”

On September 30, 2021, in recognition of International Recovery Day and as a capstone to National Recovery Month in the United States, The Voices Project and iHeartRadio, in collaboration with more than two-dozen cross-sector partners, will produce Recover Out Loud, a concert event to be streamed exclusively on the iHeart Facebook and YouTube channels. More →

Half of Us TV Commercial Featuring Macklemore