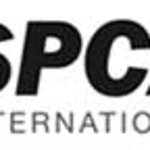 As its 150th anniversary approaches in April, the ASPCA (American Society for the Prevention of Cruelty to Animals) partners with Animal Planet to take viewers behind the scenes of its Behavioral Rehabilitation Center.

Rescued from hoarding cases, puppy mills and other atrocities, these animals have lived their lives in constant fear and neglect, resulting in extreme distrust of humans and at times complete catatonia. These conditions make them unsuitable for adoption, which puts their lives at grave risk. ASPCA behavior experts at the New Jersey-based center accepts these dogs from across the country into their rehabilitation program to give them a second chance at a life they deserve. Each rescued animal that comes into the facility has suffered different emotional and physical abuse ranging from living in cages barely big enough to move around to fearing the touch of anyone. During the course of their stay, the experts work with these dogs to improve their quality of life and give them hope of a new, happy life.