Bob Woodruff To Be Honored With Public Leadership In Neurology Award 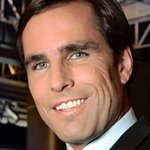 The American television journalist is being honored for his commitment to helping people with traumatic brain injury and other related brain diseases.

The Public Leadership in Neurology Award honors an individual or group outside of the medical profession. Honorees are known for advancing public understanding and awareness of neurologic disease, being effective advocates for neuroscience research and making significant contributions to improve patient care.

“This is such an honor, to receive an award for this from the very people who I consider friends and comrades,” said Woodruff. “Just like everyone else who has become a patient in the world of neurology, I never expected to be here.”

On January 29, 2006, while reporting on US and Iraqi security forces for “World News Tonight,” Woodruff was seriously injured by a roadside bomb that struck his vehicle near Taji, Iraq. He sustained shrapnel wounds and a traumatic brain injury, for which he underwent surgery and was kept in a medically induced coma for 36 days to assist his recovery. Just 13 months later, Woodruff made a miraculous return to ABC News with “To Iraq and Back: Bob Woodruff Reports.” The hour-long documentary explored the consequences of traumatic brain injury and highlighted the difficulties brain injured veterans face finding treatment.

Woodruff’s newfound determination to help other Americans similarly wounded in war continued with a series of followup reports centering on the problems that wounded American soldiers encounter in their treatment and recovery. In 2006, along with his wife Lee, Woodruff founded the nonprofit Bob Woodruff Foundation, whose mission is to find and fund innovative programs to ensure injured veterans — including those with brain injuries — and their families are thriving long after they return home.

“Millions of millions of people in the United States are suffering from some kind of TBI. Hundreds of thousands of those patients have served our country,” said Woodruff. “Research in the field of neurology is why thousands of us hit by those blasts can still walk and think again. There is so much more to learn.”

Lee Woodruff will accept the award on her husband’s behalf during the American Brain Foundation Awards Luncheon held on Tuesday, April 19, 2016, at the Vancouver Convention Centre as part of the American Academy of Neurology’s 68th Annual Meeting, the world’s largest gathering of neurologists with more than 12,000 attendees.

In his best-selling 2008 memoir, “In an Instant,” Woodruff shares stories about the fragility of life, the strength of family, and the bravery of those who helped save him. As co-author of “In an Instant,” Lee has appeared together with Woodruff on national television and radio since February 2007, helping put a face on the serious impact of traumatic brain injury on both patients and family members.

Woodruff was subsequently honored with a Peabody Award for his reporting on traumatic brain injury in the 2007 report “Wounds of War — The Long Road Home for Our Nation’s Veterans.”

The American Brain Foundation, founded by the American Academy of Neurology, supports crucial research and education to discover causes, improved treatments, and cures for brain and other nervous system diseases.