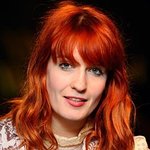 Nordoff Robbins music therapy has announced that Florence Welch and Jess Glynne will each pick up prestigious awards at the O2 Silver Clef Awards.

Pop sensation Jess Glynne will receive the Jack Daniel’s Best Newcomer Award, previously won by James Bay and Laura Mvula. Since bursting onto the music scene in 2014, Jess has become only the second British female solo artist ever to have five No. 1 singles in the UK. Glynne’s debut album I Cry When I Laugh was released in 2015 and charted at number one in the UK album charts.

Michael Boaler, Senior Brand Manager at Jack Daniel’s, sponsors of the Best Newcomer Award, commented: “We are delighted to be supporting Nordoff Robbins again at this year’s Silver Clef Awards. It’s been quite a year for Jess Glynne. Even before the release of ‘I Cry When I Laugh’ late last summer there was a sense that there was something special bubbling under, following numerous successful singles. I’m sure it comes as no great surprise to many that she’s won Jack Daniel’s Best Newcomer Award. Well done Jess!”

Florence Welch, singer, songwriter and lead singer of British indie rock band Florence + The Machine, will be presented with the Best Female Award, previously won in its inaugural year by Rita Ora. The band has released three studio albums, two live albums, 18 singles, two promotional singles and 23 music videos since their debut in 2009. All the group’s studio albums to date, Lungs, Ceremonials and How Big, How Blue, How Beautiful, have reached the top position in the UK charts, with the latter two also peaking in the US charts. Welch has also enjoyed considerable success as a solo artist.

Florence Welch said of the accolade: “It is a real honour to be receiving the Best Female award at the O2 Silver Clef Awards. It is really special to be recognised by Nordoff Robbins, a charity who use the power of music to change lives.”

Senior Agent at CAA and Chair of the O2 Silver Clef Committee Emma Banks says: “Congratulations to Jess Glynne and Florence Welch who we are proud to announce as our first two winners of this year’s O2 Silver Clef Awards. I am as honoured as ever to be leading the O2 Silver Clef Committee and we are proud to work with the team to help shape this event. To date the 02 Silver Clef Awards lunch has raised over £9 million for Nordoff Robbins, helping them deliver their life-changing work to those who need it most and I sincerely hope the event this year takes the grand total to over £10 million.”

Gareth Griffiths, Head of Sponsorship at O2 comments: “We’re proud to be continuing our longstanding partnership with Nordoff Robbins and supporting the fantastic work they do with music therapy. At O2 we recognise the power music can have on people’s lives, which is why the O2 Silver Clef Awards not only celebrates the biggest names in music, but also helps raise important funds for delivery of this invaluable work.”

Nordoff Robbins CEO Julie Whelan says: “The O2 Silver Clef Awards are one of the reasons why Nordoff Robbins is able to continue delivering life-changing music therapy to so many vulnerable and isolated people. For 41 years the event has celebrated the brightest stars in the music industry, whilst raising over £9 million for our charity to date. We are so grateful for the support it receives year on year.”