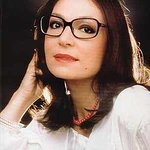 Amid mounting concern over a fresh surge in the number of refugees and migrants bound for Europe, UNICEF is adjusting its strategy in support of the response by the authorities and civil society in Greece, where the humanitarian and longer-term needs of more than 22,000 children are growing.

The crisis was the focus of a visit to Greece by Nana Mouskouri, acclaimed singer, humanitarian and UNICEF Goodwill Ambassador, and Marie-Pierre Poirier, UNICEF Special Coordinator for the Refugee and Migrant Crisis in Europe.

Speaking after visiting refugee centres in Athens, Ms Mouskouri said she had been very moved by what she had seen and the refugees’ stories she had heard.

“These are very vulnerable people – children, women and men as well. They are very fragile. I see also on the other side that the Greek people are always very generous, and they are there to help,” she said.

Currently, UNICEF-supported projects in Athens include a drop-in centre for refugee and migrant women and children, operated in partnership with the local NGO Faros, and a mobile child protection unit in the port of Piraeus run with another Greek NGO, Solidarity Now.

Following a series of meetings with senior Government officials, Poirier underlined UNICEF’s determination to support the work being done for refugees and migrants by the Government and other partners, even at a time of acute national economic austerity.

“UNICEF is very proud to be part of this national mobilisation. Greece is doing a lot and we are here to support these efforts,” Poirier said. “Our focus on children that are really the most vulnerable is welcome and appreciated, with Early Childhood Development for very young children, education, vaccination and child protection as our priorities.”

She said that UNICEF was also placing particular attention to the protection needs of the most vulnerable children, and those who arrive unaccompanied, complementing the work of EKKA, the National Centre for Social Solidarity. There are currently an estimated 2,000 unaccompanied and separated refugee or migrant children in Greece.

“A lot needs to be done,” Poirier added. “The focus on children needs to be taken to the next level.”

After visiting the refugee hospitality centre of Kara Tepe on the island of Lesvos, Poirier paid particular tribute to the work of the local Municipality and the centre’s manager, Stavros Mirogiannis, to create a well-structured and harmonious centre for refugee families.

More than one million refugees and migrants have passed through Greece since January 2015, making the country one of the most important entry points into Europe. Most arrive having survived hazardous seas crossings from Turkey.

Since the implementation of new border restrictions in the Balkans and the recent EU-Turkey agreement at least 54,000 refugees and migrants have been left stranded in Greece.

The humanitarian needs of this refugee and migrant population are growing, with families in need of safe and decent shelter, basic support and health services.

Many refugee and migrant children have been out of school for months or even years, and require access to education. Children who are unaccompanied or have become separated from their families are at particular risk of exploitation and abuse.