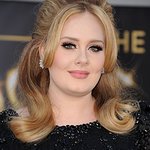 From today fans can vote for their favourite live act from a shortlist of the ten hottest performers at www.ticketmaster.co.uk/best-live-act or by tweeting @NordoffRobbins1 using #BLAartistname. Voting will remain open until Friday 17th June.

The Ticketmaster Best Live Act Award 2016 nominees are: Adele, Little Mix, Muse, The 1975, Ed Sheeran, Bring Me The Horizon, Florence + The Machine, Catfish and the Bottlemen, One Direction, and Rudimental.

These superstar nominees, who for the first time are made up of entirely British acts, were handpicked by a panel of music industry experts who sifted through Ticketmaster’s most searched artists who performed in the UK between March 2015 and March 2016. Now it’s up to fans from across the country to choose the Best Live Act of 2016!

The winner of this prestigious award will be crowned at the annual star studded O2 Silver Clef Awards on Friday July 1st at the Grosvenor House Hotel. Past recipients include Arctic Monkeys (2015), Justin Timberlake (2014), One Direction (2013), McFly (2012) and Sir Paul McCartney (2011).

Nordoff Robbins CEO Julie Whelan says, “We are delighted to be partnering with Ticketmaster once again on this very special award. Each year the Best Live Act Award nominee list throws up some of the best names in live music and competition is always tough – The 2016 list is as competitive as ever with some incredible talent up for the award. We now put the decision into the hands of the general public and we can’t wait to see who you crown your Best Live Act Award winner!”

Andrew Parsons, Managing Director Ticketmaster UK, says, “We love working with Nordoff Robbins and are very proud to team up again in the hunt for the Best Live Act of 2016. Being the only award at the Silver Clefs voted for by the fans makes it a very special one, and with this shortlist it’s going to be a tight race – good luck to all of the nominees!”