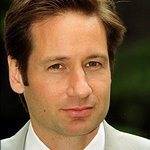 He released a video online featuring his rescue canine, Brick Duchovny, devouring him in licks whereby for every lick, he would donate at least one dollar to the cause (to get the lick count up, Duchovny shamelessly spread all natural peanut butter across his face and let the pooch go to town!). Duchovny then challenged all of his social media followers, as well as fellow celebrities, ex-wife Tea Leoni and X-Files co-star, Gillian Anderson, to do the same. Word has it some other influencers are planning to show their support for Target Zero by partaking in the ‘lick off’ as well, so stay tuned. For more information about the “Lick My Face” campaign and how it works, click here.

Target Zero is a nonprofit organization that mentors shelter and animal welfare leaders, city by city, proven best practices to get to ‘zero kill’ (also known as no-kill), ideally in three years or less. Approximately three million cats and dogs are euthanized in shelters each year in the US due to overcrowding. Launched in 2013, Target Zero has already gotten two cities to zero; Waco, Texas and Huntsville, Alabama, with Brevard County, Florida not far behind. The organization currently works in eleven Fellow Cities. “No kill” is defined as 90% or more of cats and dogs getting out of a city’s shelters safely. 10% or less is accounted for by animals that will die from illness regardless of medical treatment and/or large dogs with non-rehabilitative aggression issues.

“Target Zero is showing a clear path to end the euthanasia of adoptable shelter animals through its proven-to-work program,” said David Duchovny, Target Zero board member. “We’re currently in eleven cities, but I’d like us to be in 20, 30, 40 more as quickly as possible to keep saving more and more lives. My hope is this campaign will get the word out far and wide that we’re here to help.”

“Lick My Face is a fun way for people and their pets to get involved in saving a lot of shelter animals,” said Tracey Durning, Target Zero Co-founder and CEO. “Every dollar donated will go towards our work in getting shelters across the US to zero kill. This problem is entirely fixable if we all just come together and make it happen.”

Lick My Face Guidelines
1. Participants may join the lick-off just by having a smart phone or video camera and enthusiastic four-legged partner.
2. A pet friendly substance such as all natural peanut butter may be applied to one’s face to up the donation count (and fun!).
3. Participants post their videos to their favorite social media channels: Facebook, Twitter, Instagram, etc
• With hashtags: #lickmyface, #targetzero
• Challenge others to join the cause
4. Participants will donate at least one dollar for every lick received here 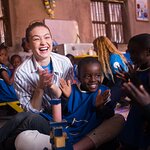 Gigi Hadid, international supermodel and UNICEF Supporter, travelled to Senegal last week to see first-hand the work that UNICEF does in the hardest to reach parts of the world. More →