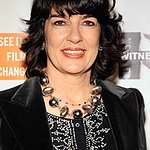 The first annual UNICEF Global Goals Awards last week honoured a lawyer who fights against child marriage in Tanzania, a Syrian teen and Olympic swimmer who saved fellow refugees from drowning, and an organization that brings health care to vulnerable girls and women in Pakistan.

The three honourees were recognized for their contributions to advancing the rights of girls and women. Leaders from business, government and entertainment attended the ceremony including award presenters Christiane Amanpour, Chief International Correspondent for CNN, entrepreneur and Curator of TED Chris Anderson and Grammy Award winner and UNICEF Goodwill Ambassador Angélique Kidjo.

The Global Goals Awards are part of ongoing efforts to rally support for the Sustainable Development Goals (SDGs), a set of goals unanimously adopted by every country in the world to end poverty, protect the planet, and ensure prosperity for all by 2030.

The awards were curated by UNICEF with the 17 SDG Advocates forming the official judging panel.    Winners of the Global Goals Awards:
• The Girl Award  (to a girl or young woman for laudable work in creating progress for girls)
Winner: Yusra Mardini, Syria
Now in Germany, 18-year-old Yusra Mardini and her sister fled conflict in Syria in 2015. While traveling across the Aegean Sea their raft broke down and the sisters jumped into the water and helped guide the boat to safety, saving about 20 people on board. At the Rio Olympics Yusra was part of the Refugee Olympic Team and used the opportunity to tell her story and raise awareness about the plight of refugees and migrants around the world. Yusra also won her heat in the butterfly.
• The Social Change Award  (to an individual who achieved significant social change for girls)
Winner: Rebeca Gyumi, Tanzania
Rebeca Gyumi is a lawyer, activist and the founder and executive director of the Msichana Initiative, a Tanzanian non-profit that advocates for girls’ rights and access to education. Rebeca and the Msichana Initiative won a landmark court case in July that ended legal provisions permitting child marriage in the country.
• The Campaigner Award  (to an individual or organization improving the lives of girls and women)
Winner: DoctHERS, represented by Dr.Sara Saeed Khurram, Pakistan
The social enterprise DoctHERS matches trained junior female doctors in Pakistan with rural women and girls via telemedicine. DoctHERS reaches vulnerable girls and women with essential health care in Pakistan, while providing employment opportunities for qualified female health professionals.