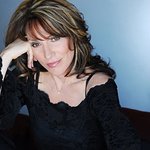 Peggy Albrecht Friendly House Los Angeles, the first residential program in the country for women recovering from alcohol and drug abuse, will honor award-winning actress Katey Sagal with the Woman of the Year Award and philanthropists Linell and Robert Shapiro with the Humanitarian Award at their 27th annual Awards Luncheon, Saturday, October 29, 2016 at The Beverly Hilton Hotel, Beverly Hills.

“This year’s honorees have reached some of the highest pinnacles of success, while experiencing challenging and often heart-breaking tragedy,” said Friendly House Executive Director, Peggy Albrecht. “Through it all, their strength of resolve and commitment to sharing their personal successes as well as their struggles with others mirror the guidance that all of us at Friendly House strive to impart each and every day.”

Golden Globe Award winning actress Katey Sagal, recipient of the Woman of the Year Award, has entertained audiences in a variety of challenging dramatic and comedic roles throughout her notable career. First gaining national attention as ‘Peg Bundy’ in the ground-breaking and long-running series Married with Children, for which she earned four Golden Globe and two American Comedy Award nominations, she went on to star in the gritty, highly acclaimed FX drama, Sons of Anarchy. For her role as ‘Gemma Teller,’ the maternal matriarch of a notorious outlaw motorcycle club, she captured a Golden Globe for “Best Performance by an Actress in a Television Series – Drama” and was twice nominated by the Broadcast Television Critics as “Best Actress in a Drama Series.” Additional television credits include featured roles in 8 Simple Rules and The Bastard Executioner, among a host of others. On the big screen, Sagal has had starring roles in Pitch Perfect 2, Love Stinks, Maid to Order, The Good Mother, and most recently in Bleed for This, based on the true story of World Champion Boxer, Vinny Pazienza. Sagal is currently in production for a new CBS comedy series Superior Donuts. Next year she will star as ‘Vivian Pressman’ in ABC’s three-hour musical event, an adaptation of the 1987 hit romantic drama, Dirty Dancing. Off screen, Sagal is a critically acclaimed singer and songwriter, with three albums to her credit, Well… in 1994, Room in 2004 and Covered in 2013, with her cover of the Tom Petty song “Free Fallin’” as the first single.

Humanitarian Award recipients Linell and Robert Shapiro have turned a personal tragedy into a public crusade. After the tragic loss of their son Brent to an accidental drug overdose, they founded The Brent Shapiro Foundation in 2005, dedicated to conquering alcohol and drug dependence by turning the fear, grief and helplessness caused by this disease into awareness, compassion and support. The Foundation has opened Brent’s Clubs throughout Los Angeles, prevention programs that provide a safe haven for young adults while encouraging them to refrain from drugs and alcohol. Their Foundation rewards middle school and high school students who complete the program with college scholarships.

A senior partner in the Los Angeles based law firm of Glaser Weil Fink Howard Avchen & Shapiro LLP, Robert Shapiro is one of the nation’s most prominent attorneys. He has represented a number of high-profile corporations, including Rockstar Energy Drink, Diamond Resorts International, Steve Wynn and Wynn Resorts Ltd., Cadeau Express, as well as many celebrity clients. Mr. Shapiro has more than 30 years of criminal litigation practice, including the successful defenses of O.J. Simpson and Christian Brando. His legal expertise has made him a frequent guest on numerous network and cable television programs, and he continues to write and lecture extensively on legal issues and procedures. Shapiro is the author of two books, The Search For Justice and Misconception. He also wrote a children’s book on the negative effects of drug use, which is available free of charge to schools across the country. Robert Shapiro’s many honors and awards include National Law Journal’s “The 100 Most Influential Lawyers in America”, Benchmark Litigation’s “Top California Litigator”, Best Attorneys of America, Lifetime Charter Member, National Association of Distinguished Counsel’s “Nation’s Top 100 Attorneys” and founding member, The American Society of Legal Advocates’ “Top 100 Litigation Lawyer in the State of California”, National Academy of Jurisprudence’s (formerly known as the American Academy of Trial Attorneys) “Premier 100 Trial Attorney”, Loyola Law School’s “50 Inspirational Alumni”, Southern California Super Lawyers and Pro-Bono Lawyer of the Year by the State of Nevada in 2008.

Linell Shapiro has dedicated much of her life to philanthropy. In addition to serving on the Board of Directors of The Brent Shapiro Foundation, she has served as President of Quest, a charity assisting children with Prader-Willi Syndrome and was instrumental in spearheading the building of the first of its kind home for those affected with the disease. A long-time supporter of Phoenix House, an organization that provides individualized, holistic drug and alcohol addiction treatment, she frequently spoke to their young people about her son Brent. She was often accompanied by son Grant, who would teach the kids the art of DJing, utilizing the center’s professional studio. Linell was instrumental in creating a scholarship program for Phoenix House students, which was funded by The Brent Shapiro Foundation.