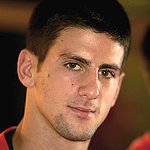 UNICEF and the ATP have today announced a new partnership at the world prestigious season-ending Barclays ATP World Tour Finals, set to take place from 13-20 November at The O2 in London.

The partnership will see the launch of the Super 8, in which the world’s best eight qualified tennis players come together at the season-ending finale on a mission to help Unicef raise awareness and vital funds to protect children from danger.

Unicef UK Executive Director, Mike Penrose said: “Right now millions of children are in danger. They’re facing violence, disease, hunger and the chaos of war and disaster. Through the power of sport we can transform children’s lives and we are incredibly excited to team up with ATP at one of the biggest events on the tennis calendar. With the help of the Super 8, we aim to raise vital funds so that Unicef can continue helping to protect children by providing life-saving food, vaccines and education.”

Throughout the tournament, short films about Unicef’s work, narrated by players in the Super 8 will be broadcast in the stadium, giving spectators the opportunity to text to donate throughout the eight-day event. To kick start the fundraising, the ATP has committed to donating the proceeds from the sale of all children’s tickets to the tournament to Unicef.

Chris Kermode, ATP Executive Chairman & President said: “We are delighted to partner with Unicef and to launch the Super 8 campaign at our season finale, as we aim to unite the tennis family in supporting Unicef’s work to help some of the most disadvantaged children around the world. We are particularly pleased to be able to donate the proceeds from children’s tickets sales towards the campaign. We hope this gives even more reason for children to come down to The O2 across the eight days of the tournament to watch some world class tennis.”

The Barclays ATP World Tour Finals have attracted more than 1.8 million fans to The O2 arena since the tournament moved to London in 2009. The tournament features the world’s best eight qualified singles players and doubles teams battling to win the biggest indoor tennis tournament in the world.

Defending champion and Unicef Goodwill Ambassador, Novak Djokovic, and Wimbledon champion and Unicef UK Ambassador, Andy Murray, were the first two singles players to qualify for this year’s tournament. Djokovic and Murray will be joined by Stan Wawrinka, Kei Nishikori, Milos Raonic, Gael Monfils, Marin Cilic and Dominic Thiem as the world’s best battle for the final tournament of the season at The O2.

The prestigious tournament has been contested in major cities around the world with a rich history dating back to the birth of The Masters in 1970 in Tokyo. Since 2000, the event has taken place in cities such as Lisbon, Sydney and Shanghai, before moving to London in 2009 where it will be held through 2018.