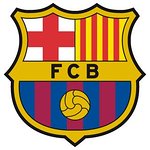 FC Barcelona and UNICEF this week celebrated their 10-year partnership at FC Barcelona’s match against Malaga, and during a post-match event held at the club’s Camp Nou stadium.

Over the past decade, the partnership has helped UNICEF give more than a million children access to quality education, sport and play, and contributed to the prevention of HIV-transmission in communities across Angola, Malawi and Swaziland.

At the celebratory match, hosted by FC Barcelona President Josep Maria Bartomeu and UNICEF Deputy Executive Director Justin Forsyth, more than 130 children from schools across Catalonia were given exclusive access to watch the two teams go head-to-head from the honorary box, and 22 children from the region were given the chance to support on the field.

“Our groundbreaking partnership with FC Barcelona has helped transform the lives of 1 million children worldwide, giving them the chance to learn, play and take part in sport. We are delighted to be working with one of the world’s most successful and popular football clubs to change the lives of even more children in the coming years so millions of children get a chance to fulfill their potential,” said UNICEF Deputy Executive Director Justin Forsyth.

FC Barcelona and UNICEF announced the renewal of their partnership earlier this year. Under the new agreement, the club will increase its annual contribution to UNICEF from €1.5 million to €2 million. The funds will support programmes that give marginalized children in Brazil, China, Ghana and South Africa the opportunity to take part in physical education, sport and play.

“FC Barcelona club and its foundation are proud to celebrate the 10th anniversary of such a special partnership with UNICEF. During these years we have improved the lives of 1 million children around the world, a milestone which means the triumph of the social commitment of FCB, but definitively a triumph of our dreams too. Today with the honorary box full of children, we have reached an historical image in Camp Nou that will remain forever in our memories and encourage us to keep working for children with UNICEF. This is our challenge, as we are more than just a club,” said FC Barcelona President Josep Maria Bartomeu.

The UNICEF-FC Barcelona collaboration has provided a unique platform reaching millions of football fans with the organizations’ shared vision for children’s rights, especially for all children to have access to sport and play.

Partnership highlights include:
• Between 2006 and 2011, HIV/AIDS programmes were strengthened across Angola, Malawi and Swaziland, helping to improve the lives of women and children infected and affected by HIV/AIDS.
• UNICEF procured the first ever DNA PCR (polymerase chain reaction) machines in Swaziland, improving early infant HIV diagnosis from local testing.
• In Malawi, UNICEF has reached children in 80 communities with psychosocial support.
• Since 2012, the partnership has focused on physical education. As a result, children can take part in sport and play at Child Friendly Schools in Brazil, China, Ghana and South Africa.
Sport and play are a child’s right and are essential for physical and cognitive development, particularly for young children. Moreover, sport and play have been shown to promote peace and tolerance; and promote values including respect, co-operation and leadership.

The renewal of the partnership kicked off with the launch of FC Barcelona’s Triumph of Dreams digital campaign to shine a light on the partnership’s achievements. It features the hopes of the club’s players and children featured in the campaign.

Members of the Marley family, including Stephen, Cedella, and Skip Marley, have launched a reimagined version of the late Bob Marley's iconic anthem One Love to support UNICEF’s work for children affected by COVID-19. More →