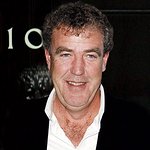 To accompany their mince pies and mulled wine, guests were treated to carols by candlelight, with festive readings from supporters Dame Eileen Atkins, Jenna Coleman, Tom Hughes, Jeremy Clarkson, Sir Michael Gambon, Anneka Rice and Gillian Anderson, who stepped in to read on behalf of AA Gill, who sadly passed away last weekend.

There was also an exclusive set from ’Britain’s first country stars’ Ward Thomas, otherwise known as Hampshire-born sisters Catherine and Lizzy. The duo are about to embark on a tour which will introduce their fans to their brand new songs. Joining them was platinum selling hit-maker Tom Odell, whose second studio album was released in June of this year, with a 40-date world tour ahead of him.

Nordoff Robbins thanks their supporters Apple Music and Tatler, and everyone who joined them and showed so much support for their life-changing work.