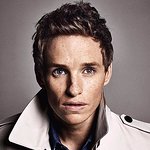 Audible, Inc., the world’s largest seller and producer of downloadable audiobooks and other spoken-word content, today announced that the Hogwarts library book Fantastic Beasts and Where to Find Them, written by J.K. Rowling as Magizoologist Newt Scamander and narrated by Academy Award-winning actor Eddie Redmayne, is available for the first time as a digital audio book, and can be preordered now.

Featuring six new beasts, a new foreword by Newt Scamander, and elaborate sound design, the recording will be released by Pottermore on March 14, 2017. Visit audible.com/FantasticBeasts to order the audiobook in advance.

Fantastic Beasts and Where to Find Them has been an approved textbook at Hogwarts School of Witchcraft and Wizardry since its publication. Newt Scamander’s masterpiece is an indispensable introduction to the magical beasts of the wizarding world. Some of the beasts will be familiar to readers of the Harry Potter books – the Hippogriff, the Basilisk, the Hungarian Horntail. Others will surprise even the most ardent amateur Magizoologist.

This essential companion to the Harry Potter stories has been revised by JK Rowling, bringing the original classic up to date with new content that reflects the exciting developments in her Wizarding World, with the release of the movie event of 2016, Fantastic Beasts and Where to Find Them, which was inspired by the original edition of the book.

“Before I was cast in the film, David Yates told me about Newt and this textbook. I found it so funny and so enchanting and really wittily written. But it wasn’t until I started reading it out loud for the audiobook that I realized how tricky and poetic J.K. Rowling’s use of sounds and language can be. There are some really great tongue twister words in here! Occasionally, I had to stop recording just because I was incapable of saying the words without either laughing or getting my tongue in a muddle. I enjoyed the challenge and hope listeners can sense that in my narration,” said Redmayne, who starred as Newt Scamander in Fantastic Beasts and Where to Find Them the 2016 film inspired by the original edition of this Hogwarts library book.

“We are thrilled to offer Audible listeners, the most voracious readers there are, the opportunity to enjoy a brilliant performance of yet another essential component of J.K. Rowling’s Wizarding World seamlessly through the Audible service. We look forward to bringing even more listeners to this richly imagined universe through our effortless and affordable service,” said Andy Gaies, Audible Chief Content Officer. “Ever since we first made the Harry Potter series available on Audible in 2015, they have been consistently among the highest rated, most downloaded, and most listened to audiobooks in our store.”

Pottermore will make a proportion of the proceeds from this audiobook available to Comic Relief and J.K. Rowling’s own international charity Lumos, charities which help some of the world’s most vulnerable children and young people, to help them have a better life.

Audible, the world’s largest seller and producer of downloadable audiobooks and other spoken-word content, invented and commercialized the first digital audio player in 1997, and has since been at the forefront of the explosively growing audiobook download segment. Audible members downloaded an average of more than 17 books over the course of the year. Two thirds of new Audible members are first-time audiobook buyers.