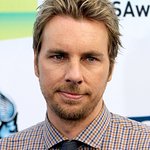 CASA of Los Angles honors Emmy award-winning actress and CASA volunteer Mary Beth Evans, plus Freeform Network’s “The Fosters” at one of the biggest charitable nights in Hollywood, at CASA of Los Angeles’ 6th Annual Evening to Foster Dreams Gala, May 16th at the Beverly Hilton Hotel.

This year’s event will honor four-time Daytime Emmy winning actress and producer, Mary Beth Evans with the Robert Morrison Community Service Award. Most known for her role as Kayla Brady Johnson on Days of Our Lives, the 30-year veteran of daytime TV, Mary Beth has been a CASA/LA volunteer for four years, during which time she has been a dedicated fundraiser for the organization. Mary Beth is also known for her roles Katherine Bell on General Hospital, Sierra Esteban Drake on As The World Turns and Sara Garrett on the Emmy-winning digital series The Bay.

Mary Beth has also delighted primetime audiences with recurring and guest appearances on Chasing Life, Law & Order: SVU, Criminal Minds, Nip Tuck, Body of Proof and Monk, to name a few. A wife and mother of three, Mary Beth is also an entrepreneur who ran a successful mail order pie company for nearly 10 years. In 2015, Mary Beth launched a lifestyle blog, PLANK (plankblog.com), where she inspires readers with her weekly posts about lifestyle, health, family and more.

“We are lucky to have someone like Mary Beth Evans not only as an honoree but also as one of our most dedicated CASA volunteers,” said CASA of Los Angeles CEO Wende Nichols-Julien. “Mary Beth’s work shows that no matter who you are or how busy your life may be, there is always time to help a child in need.”

CASA will jointly recognize Freeform Network’s The Fosters. The Fosters is a compelling, one-hour drama about a multi-ethnic family mix of adopted and biological teenaged kids being raised by two moms. Stef Adams Foster, a dedicated police officer, and her wife, Lena Adams Foster, a school vice principal, have built a close-knit, loving family with Stef’s biological son from a previous marriage, Brandon; their adopted twins, Mariana and Jesus; and adopted siblings, Jude and his half-sister Callie.

CASA will recognize the program for its impact on public awareness for foster and LGBTQ issues and honor its executive producers, including Jennifer Lopez, Bradley Bredeweg, Peter Paige, Joanna Johnson, Greg Gugliotta, Elaine Goldsmith-Thomas and Benny Medina with the Bob Frandzel Memorial Award.

Additional organizations and leaders in the community will also be recognized including the CASA Lifetime Achievement Award for women’s charitable organization SHARE, which has supported CASA/LA since 1989 and this year just donated their highest amount ever. To date, SHARE has donated over $750,000 to aid CASA’s programs and services.

The Evening to Foster Dreams Gala includes a blind auction, and proceeds from the event benefit CASA’s programs of advocacy and support for abused and neglected children in Los Angeles’ foster care system.

Additional information, tickets and sponsorship packages for the Evening to Foster Dreams Gala are available through CASA/LA’s website at casala.org.