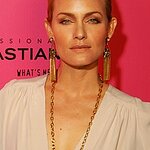 Highlighting the afternoon is a fashion show, featuring Bigs and Littles modeling outfits and accessories. Each “Big” and “Little” will have selected his or her outfit and accessories from a Goodwill store, with a maximum budget of $30 each. This aspect aligns with an education initiative by Goodwill pegged at developing self-sufficiency in youth and the importance of shopping within a budget.

As President and General Manager of TLC, Nancy Daniels leads the company’s flagship female focused television channel, a global brand available in more than 89 million homes in the US and 325 million households around the world. Daniels embodies TLC’s message that giving a little can go a long way, through her own volunteering with BBBSLA in partnership with The Hollywood Reporter’s Women in Entertainment Mentoring Program.

Stephen Galloway is an Emmy Award-winning journalist who serves as Executive Features Editor for The Hollywood Reporter. In 2009, Galloway joined BBBSLA to create the Women In Entertainment Mentorship Program. Each year, the program takes between 15 and 20 high school juniors from underserved communities and pairs them with some of the top women in film and TV. More than 120 girls have taken part in the program and almost all have gone on to four-year colleges, supported by more than $4 million in scholarship money that Galloway has helped raise.