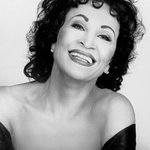 Tickets are on sale now for the CONCERT FOR AMERICA: STAND UP, SING OUT! in May.

The fifth edition of CONCERT FOR AMERICA will travel to the West Coast for the first time, taking place on Wednesday, May 24 at 7pm at Royce Hall at the University of California Los Angeles (340 Royce Drive, Los Angeles, CA 90095). Tickets are available at Ticketmaster.com.

A concert of songs, comedy, and commentary, CONCERT FOR AMERICA has been hailed by the New York Times as “striking for its emphasis on the importance of faith in the United States and optimism about its future.” Created and hosted by Seth Rudetsky and James Wesley, who also organized the Broadway For Orlando/What the World Needs Now is Love recording, CONCERT FOR AMERICA: STAND UP, SING OUT! debuted its monthly series to universal acclaim at The Town Hall, which serves as its New York home. Prior to this Los Angeles engagement, CONCERT FOR AMERICA also traveled to the Auditorium Theatre of Chicago.

Tickets start at $30 and are available at Ticketmaster.com. Participating performers are subject to change. For those unable to attend CONCERT FOR AMERICA in person, it will be air on ConcertsforAmerica.com, beginning at 10pm ET / 7pm PT on Wednesday, May 24.

CONCERT FOR AMERICA: STAND UP, SING OUT! is created and organized by Seth Rudetsky and James Wesley, in association with Your Kids, Our Kids, as well as the generous support of The Actors Fund and Playbill. It is co-produced by Joey Monda and Frankie Dailey. CONCERT FOR AMERICA will be directed by Tony nominee Lisa Mordente.

For more information, to purchase tickets, or to make a donation, visit:
www.ConcertsforAmerica.com.