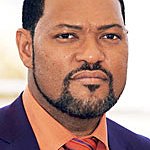 For almost three decades, PBS has inspired viewers with this deeply moving and reverential night of remembrance dedicated to our men and women in uniform, their families at home and all those who have given their lives for our country. Emmy Award-winner Gary Sinise (CRIMINAL MINDS: WITHOUT BORDERS), who has co-hosted the concert for the past eleven years, will present a 75th anniversary salute to the Doolittle Raiders, the daring aviators who changed the course of World War II in the Pacific.

Broadcast live from the West Lawn of the U.S. Capitol, the 28th annual broadcast of the NATIONAL MEMORIAL DAY CONCERT airs on PBS Sunday, May 28, 2017, from 8:00 to 9:30 p.m., before a concert audience of hundreds of thousands, millions more at home, as well as to our troops serving around the world on the American Forces Network. The concert will also be live-streamed online on Facebook Live and www.pbs.org/national-memorial-day-concert and available as Video on Demand for a limited time only, May 28 to June 10, 2017.

Also participating in the event are the U.S Joint Chiefs of Staff with The U.S. Army Herald Trumpets, The U.S. Army Chorus, The Soldiers Chorus of the U.S. Army Field Band, The U.S. Navy Band Sea Chanters, The U.S. Air Force Singing Sergeants, the Armed Forces Color Guard and Service Color Teams provided by the Military District of Washington, D.C.

The 2017 NATIONAL MEMORIAL DAY CONCERT will feature the following segments:
• A celebration of the 70th anniversary of the United States Air Force and some of the most skilled aviators of World War II…the Tuskegee Airmen. These legendary, African-American pioneers will be honored at the U.S. Capitol by Laurence Fishburne, who was Emmy-nominated for his role in the highly acclaimed THE TUSKEGEE AIRMEN.
• Severely injured in an IED blast, Captain Luis Avila’s injuries were so extreme that his doctors did not see hope. His wife, Claudia, never gave up. With extensive treatments and the emerging technique of music therapy, Captain Avila has made remarkable progress. The Avila’s story is one of courage, faith, perseverance and hope.
• 2017 marks the 75th anniversary of the Doolittle Raid, the daring bombing mission over Tokyo that changed the course of the war in the Pacific. The concert will honor the bravery of the Doolittle Raiders, recognizing sole surviving member, 101 year-old Lt. Col. Dick Cole, and pay tribute to the fallen heroes who made the ultimate sacrifice in World War II.
• America’s Gold Star families of all generations bear the burden of battle long after the death of their beloved service members. The concert will share the healing journey of a Gold Star family from the Vietnam era, now supporting other grieving families from recent conflicts.
• A moving tribute to the legacy of Jerry Colbert, Founder and Executive Producer of Capital Concerts, who passed away in January, 2017.

The program is a co-production of Michael Colbert of Capital Concerts and WETA, Washington, D.C. Executive producer Michael Colbert has assembled an award-winning production team that features the top Hollywood talent behind some of television’s most prestigious entertainment awards shows including the GRAMMY AWARDS, COUNTRY MUSIC AWARDS, TONY AWARDS, SATURDAY NIGHT LIVE, and more.