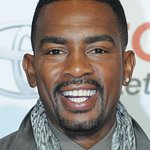 The evening will feature a live performance by Grammy-nominated R&B group En Vogue who will step into the ring to perform the National Anthem, live fights presented by Oscar De La Hoya’s Golden Boy Promotions, as well as a live & silent auction display featuring iconic memorabilia and other one-of-a-kind items and experiences. Proceeds from the event will benefit the Sugar Ray Leonard Foundation and their mission to fund life-changing research, care and awareness for pediatric type 1 & 2 diabetes, and to help children live healthier lives through diet and exercise.

The evening will honor nine-year-old Jackson Blair with the 2017 Golden Glove Award for his extraordinary dedication and hard work to raise money and awareness for type 1 (T1D) diabetes. Diagnosed with type 1 diabetes at the age of four, Blair has since been an inspiring advocate for the cause. At the age of six, he was selected to represent the State of California as a delegate for JDRF’s Children’s Congress in Washington D.C. to address members of Congress to lobby for continuing research into a cure. Additionally, along with his parents, Jackson partnered with Arrow Crossfit in La Verne, CA to create an annual fitness event called Fighting Through T1D that not only brings together family, fitness and the community, but also awareness and donations. Through funds raised from his event and his other fundraising efforts, Jackson has proudly raised approximately $30,000 for his JDRF walk team called Jackson’s Insulin Army.

The 8th Annual “Big Fighters, Big Cause” Charity Boxing Night is presented by B. Riley & Co., a leading investment bank which provides corporate finance, research, and sales and trading to corporate, institutional and high net worth individual clients. A media alert with further information on the fight card and attendees will be announced in the coming weeks.

For more information and to purchase tickets, please click here.