The 24 Hour Musicals To Raise Money For Freedom Of Expression

The 24 Hour Musicals, along with performer Michelle Visage, has announced its partnership with TodayTix, the international ticketing platform, to offer $99 seats to its highly anticipated one night only performance at the United Artists Theater at Ace Hotel on Monday, July 17.

Visage, a longtime supporter of TodayTix, and one of The 24 Hour Musicals: Los Angeles performers, made the announcement on her social media pages.

“I am beyond excited to be a part of the FIRST EVER The 24 Hour Musicals in Los Angeles, and working with one of my favorite apps ever, TodayTix to offer affordable tickets to all of my fellow theater fans,” said Visage. “This show is going to be exceptionally FABULOUS and I am proud to be a part of something that is bringing a taste of Broadway to the west coast and supporting such an important cause! Now buy a ticket to see me on TodayTix!”

In addition to the limited $99 tickets, $40 rush tickets will be available the morning of the performance. Rush ticketing traditionally requires customers to arrive in-person at the box office the morning of a show to purchase same-day discounted tickets. By using TodayTix’s new mobile rush ticketing technology, patrons can now purchase rush tickets directly from their mobile devices via the TodayTix app on a first-come, first-serve basis and pick up their tickets at the box office right before a show. Rush tickets for The 24 Hour Musicals will go on sale at 10am PT on Monday, July 17 prior to the one night only performance at 8:00pm.

In order to gain access to the $40 Rush tickets for the performance, patrons must download the TodayTix app and unlock the functionality by sharing on their Facebook or Twitter pages. Once unlocked, a theatergoer has access to purchasing Rush tickets on a first come, first served basis beginning at 10am PT on the day of the performance until Rush inventory is sold out. Customers can pick up their tickets at the United Artists Theater at Ace Hotel box office beginning one hour prior to curtain. 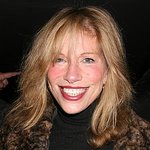