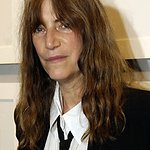 Pathway to Paris, a climate change initiative focused on turning the Paris Agreement into reality, will partner with the UN Development Programme (UNDP) and 350.org for a concert on climate action, to be held at Carnegie Hall in New York City on November 5, 2017.

Pathway to Paris promises to be a night of incredible musical performances and rousing speeches aimed at advancing the important work of fighting climate change while offering innovative solutions.

Tickets for the concert are on sale now and can be purchased by calling CarnegieCharge at 212.247.7800 or by visiting the Carnegie Hall website.

Pathway to Paris will also be celebrating the launch of its latest project. The bold new initiative, to be unveiled next month, will encourage the world to go above and beyond the targets of the Paris Agreement.

“This is our moment to move towards a renewable, resilient future as we are running out of time,” Rebecca Foon said. “We can achieve this by working together to create resilient cities that are no longer dependent on fossil fuels and create a world we want to live in.”

“We believe in the power of music and its ability to heal and unify citizens in a time of crisis. We must make this fight our biggest most ambitious collaboration of all time. The world must work as a team, and the cities of our planet must join together to lead the way,” added Jesse Paris Smith.

Since its inception, Pathway to Paris has partnered with UNDP and 350.org, leaders in environmental action. This alliance has created an unstoppable force in the effort to slow climate change by contributing to a multitude of initiatives globally; from benefit farmers in the Sahel, to preparing for rising sea-levels and expanding the use of renewable energy.