David Oyelowo To Be Honored At GEANCO Foundation Benefit 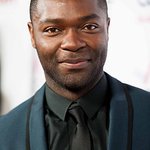 The GEANCO Foundation, which saves and transforms lives in Africa, will hold its annual star-studded Hollywood fundraiser on Tuesday, October 3, at Spectra in the Pacific Design Center.

“David and Warren are cherished, dedicated leaders of our GEANCO Foundation family of supporters,” said Afam Onyema, GEANCO’s Co-Founder and COO. “I am honored to have them as our event co-Chairs, and we are especially delighted that Kevin will inspire us all with his brilliant musical talent.”

VIP and General Admission tickets are available for purchase on the event website. VIP ticket holders receive exclusive access to a special reception from 6:15 to 6:45 p.m., where they will enjoy a premium open bar and delicious Africa-influenced appetizers while mingling with celebrities and other notable guests. General admission entry begins at 6:45 p.m. The program kicks off at 8 p.m. with Kevin K.O. Olusola’s performance, celebrity remarks and a special video presentation of GEANCO’s work in Nigeria.
\]