Brian Eno Supports Lorde After Her Decision To Boycott Israel 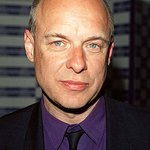 Brian Eno has written a personal letter of gratitude and support to Lorde, following her decision to pull out of a concert in Israel.

“I write as one of millions of people who appreciate what you did,” Eno wrote on Twitter. “Our comments won’t get echoed around as much as the hatred will, but I want you to know you’re not alone; you have a movement with you. And it’s getting stronger.”

Lorde cancelled her planned concert in Tel Aviv in response to Israel’s continued occupation of Palestine. The star faced criticism that was nothing short of bullying following her decision, which culminated in a full page ad published in the Washington Post on January 1 which called Lorde a bigot and also attacked her homeland of New Zealand.

A number of stars put their names to a letter in The Guardian to denounce the ad and show their support for the young singer.

“I know from my own experience that that you are going to come in for a lot of very nasty comments as a result,” wrote Eno. "Unfortunately we live in a world where the nastiest stuff gets repeated the most often – so it’s going to feel like a hurricane around you for a while.

“You’re going to have a lot of people telling you that you ’don’t understand’, that it’s really much more complex than you think etc etc. Well, EVERY situation is more complex than we think, but that’s no excuse for saying we should never do anything. This situation has a very complex history, but what’s happening now is not hard to understand at all. It’s called apartheid.”