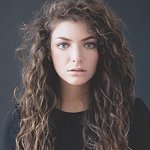 Over 100 well-known names – including writers, actors, directors and musicians – have signed a pledge supporting Lorde's decision not to perform in Israel.

The statement was published in The Guardian following backlash over the Kiwi singer’s cancellation of her concert in Tel Aviv. It is a direct response to a full page ad published in the Washington Post on January 1 which called Lorde a bigot and also attacked her homeland of New Zealand.

“We deplore the bullying tactics being used to defend injustice against Palestinians and to suppress an artist’s freedom of conscience. We support Lorde’s right to take a stand,” reads the letter in The Guardian. "Shmuley Boteach, the author and promoter of the advert, supports Israel’s illegal settlements and wrote last month on Breitbart to thank Donald Trump for “electrifying the world” with his recognition of Jerusalem as Israel’s capital in defiance of international law. He has nothing to teach artists about human rights."

Lorde cancelled her concert in response to Israel’s continued occupation of Palestine.

“I’ve received an overwhelming number of messages and letters and have had a lot of discussions with people holding many views, and I think the right decision at this time is to cancel the show,” said Lorde.“I’m not too proud to admit I didn’t make the right call on this one. I’m truly sorry to reverse my commitment to come play for you.”

Among the stars who have put their names to the letter in The Guardian are: