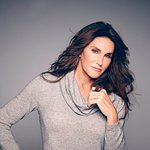 Caitlyn Jenner, Madeleine Albright, James Comey — three individuals whose words have had an indelible impact on contemporary culture. It’s fitting that they’re among the 20 leaders who are featured in Speech Moves, a non-partisan, nonpolitical digital campaign centered around the message that what you say matters — regardless of where you say it.

Launched at SXSW on March 11, Speech Moves was conceived and produced by Washington Speakers Bureau (WSB), internationally-renowned photographer and director Platon, as well as global production company Great Bowery Film. Advocates of the shared idea for nearly four decades, WSB developed Speech Moves to remind us all to consider our words, whether they’re spoken or written, in person or online. As our society continues to be heavily influenced by social media, it’s imperative to remember that while it serves as a platform to share our opinions with the world, the perceived veil of anonymity can be detrimental.

With a compelling PSA, social media takeover, and guerrilla marketing techniques, Speech Moves features the aforementioned individuals, alongside other thought leaders including Sugar Ray Leonard, Tony Blair, Ali Wentworth, Abby Wambach, Stephanie McMahon, and others. The choice to include leaders from varying political beliefs, occupations, industries and backgrounds shines light on how truly universal this movement is. Their monologues enhance the message that words are potent—they move, empower, free, drive, inspire, validate, provoke, reveal, and will continue to influence every moment in history, particularly in our social media-saturated culture. Using the hashtag #speechmoves, this campaign also serves as a rallying cry for people to share examples of what emotionally moves them.

The 2007 winner of the World Press Photo Contest for his portrait of Vladimir Putin for Time Magazine’s Person of The Year cover, and photographer for the New Yorker, the New York Times, British Vogue and many others, Platon masterfully captures empathetic and provocative portrayals of the human condition. He explains: “I was thrilled to partner with WSB to bring this idea to life. The spoken word and sharing ideas is what makes us human. You are never more human — or connected with humanity — than when you experience a thought simultaneously with another person. As such it was incredible to work with these iconic individuals, all of whom are known for having outspoken, and sometimes unpopular, points of view. But the key is that regardless of whether we all agree with each other’s opinions, freedom of speech is a fundamental human right. Speech Moves will serve as a reminder of this, as well as a reminder to consider what, where, and how we’re speaking.”

The campaign also launches the rebranding of WSB from a Washington-based speakers bureau into a full-service talent agency. WSB Chief Revenue Officer, Sandy Lutton, will serve as the organization’s spokesperson for the Speech Moves movement.

“Twitter wars have become a daily news item,” says Lutton. “As champions of the shared idea and our history representing some of the greatest storytellers of all time, WSB felt a responsibility to reinforce the power of speech. The unique human connection that happens through speech is unparalleled. It moves individuals, companies, nations to action. And what better way to remind people of that than through a digital rallying cry. There was no better partner to bring this to life than Platon — a master storyteller and humanitarian, he was able to capture that human connection in the work.”

Shannon Lords, executive producer with Great Bowery Film, adds, “In the 20+ years I’ve been in the film industry, Speech Moves is one of the most groundbreaking and moving campaigns I’ve worked on, both in its message and execution. At a time when our culture feels increasingly polarized, campaigns like this that move us toward positivity and unity — who wouldn’t want to get involved?”