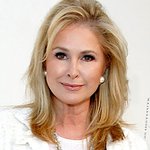 Mrs. Hilton, the notable matriarch of the Hilton Family, will join CASA/LA at the glamorous event, which features the comedy of host Al Madrigal (The Daily Show), a silent auction and gourmet fare all to support the thousands of children in foster care served by the organization.

The million-dollar fundraising event brings together volunteers and dedicated community members to honor Los Angeles leaders who have demonstrated extraordinary commitment to children, including children who have been abused or neglected and are living in foster care. Previous honorees include actor Mario Lopez, the Honorable Judge Michael Nash and Freeform Network’s “The Fosters.”

This year’s event will honor Kathy Hilton with the Robert Morrison Community Service Award for her role as CASA of LA’s first official Ambassador. In the role of Ambassador, Mrs. Hilton will speak out as a voice for the organization and its children, as well as for her ongoing dedication to children in need around the world. Mrs. Hilton’s passion for philanthropy is widespread amongst many worthy causes including The Make a Wish Foundation, and The Starlight Children’s Foundation for which she received an award in 2011. Kathy is married to Rick Hilton the Chairman of Hilton & Hyland Real Estate and together they are parents to four children: Paris, Barron and Conrad Hilton, and Nicky Hilton Rothschild. Mrs. Hilton began her early career as an actress, and in the 1980’s opened an antique store on Sunset Plaza. In 2002 she debuted a line of home décor items on QVC and later a beauty line on HSN. Mrs. Hilton hosted the NBC show, I Want To Be a Hilton, and also appeared on The World According to Paris. In 2012, she designed a line of evening dresses.

“I’m honored to join CASA/LA as its first Ambassador and to support the mission of this vital organization,” said Kathy Hilton. “Helping the literally tens-of-thousands of children in Los Angeles foster care is a massive task. CASA volunteers are our best hope for changing tragic outcomes, letting children know they aren’t forgotten, and delivering a voice to the voiceless.”

“Kathy Hilton will act as a powerful voice for our organization and inspire others to do the same,” said CASA of Los Angeles CEO Wende Nichols-Julien. “I want to thank and commend Mrs. Hilton for taking on a mantle of leadership in helping CASA broaden its presence in the minds of Angelenos, and in the courtrooms where our volunteers change, and save, the lives of future generations every day.”

CASA of LA will also fete longtime volunteer and philanthropist Judy Beckmen with the Bob Frandzel Memorial for her decades of service to CASA of Los Angeles as a CASA volunteer, Board Member, donor and Court Assistant. Judy has fiercely advocated for children in foster care and humbly led the organization with her philanthropic vision and generosity. “It is my great pleasure to be able to put the spotlight on Judy this year to thank her for her extraordinary service over many decades to CASA and the children we serve,” said Wende Nichols-Julien.

Additional information, tickets and sponsorship packages for the Evening to Foster Dreams Gala are available through CASA of LA’s website at casala.org.