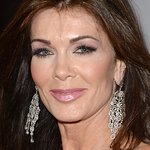 Lisa Jane Vanderpump, philanthropist, entrepreneur and television star of The Real Housewives of Beverly Hills and Vanderpump Rules, will receive the Lily Tomlin Award at “Wait Wait…Don’t Kill Me-2!,” a night of unforgettable comedy and entertainment benefiting Voice For The Animals Foundation (VFTA) at the Broad Stage Theatre in Santa Monica on Friday, April 27.

The Lily Tomlin Award recognizes the achievements of a remarkable individual whose exceptional actions make a real difference in the world of animal welfare.

Emmy and Tony-winning, Academy Award-nominated actress and animal advocate Lily Tomlin (Grace and Frankie) will personally present the award at the annual comedy fundraiser that hilariously takes on the year in animal news, views and other topical animal events.

“We are thrilled to recognize the amazing contributions Lisa Vanderpump has made to championing animal welfare,” said Lily. “Lisa is truly a significant role model and an inspirational example to all. This year, her perseverance, talent and heroic work brought international attention to the Yulin Dog Meat Festival where, unbelievably, every year on the summer solstice thousands of dogs are killed and eaten. She is amazing.”

Best known for her appearances on The Real Housewives of Beverly Hills, Dancing with the Stars and Vanderpump Rules, Vanderpump is being honored for her exceptional dedication and actions on behalf of animals. She leads the fight against the Yulin Dog Meat Festival, where 10,000 dogs are killed in horrific ways and eaten. In response, Lisa produced a documentary “The Road to Yulin … and Beyond” exposing the torture that occurs during the annual Yulin Dog Meat Festival, which premiered last month on Prime Video. Her work to end the festival has included leading a large peaceful protest through LA to the Chinese Embassy; multiple trips to address Congress, as well as collaborating on legislation with Congressman Alcee Hastings to condemn the festival and dog meat trade; and her foundation’s work alongside partner organizations to rescue dogs from the Yulin Festival, including their Executive Director Dr. John Sessa’s mission trips to China to vaccinate and treat the dogs rescued. Lisa founded The Vanderpump Dog Foundation in 2016, a 501c3 non-profit dog rescue organization that works on both domestic and international fronts to create a better world for dogs. Domestically, the Foundation opened the doors to their LA Rescue Center in 2017 and has since found homes for over 500 neglected, abandoned and abused dogs in the LA area.

She and her husband, Ken Todd, have owned 26 restaurants, bars and clubs in London and Los Angeles, including The Shadow Lounge, Bar Soho, SUR, Pump and Villa Blanca, in Beverly Hills.

The evening will begin with a star-studded VIP (Vegan Important People) Reception and red carpet followed by the “Wait Wait…Don’t Kill Me 2!” comedy program. Puppies up for adoption from the Los Angeles Animal Services will also make an appearance on the red carpet.

To purchase tickets ($50-100), go to Eventbrite.com. For more information about the Voice For The Animals Foundation, please visit vftafoundation.org.