Brooks And Dunn Carry On Despite Cancellation 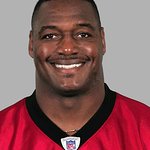 The charity golf tournament organized by Tampa Bay Buccaneers Derrick Brooks and Warrick Dunn has been cancelled – but that won’t stop the sports stars from carrying out their charity work.

The event was to take place later in January, but the failing economy has taken its toll.

“We had been fortunate in securing just over $100,000 in sponsorships; however, we were still short of our goal of $200,000,”said Natalie Boe, executive director for the Warrick Dunn Foundation. “Their concern was that with only six weeks to go before the event — and two of those weeks being holiday weeks, with a lot of people not having their budgets re-evaluated for January — we were afraid we wouldn’t get that commitment for the event.”

However, both Brooks and Dunn will be raising money for the Warrick Dunn Foundation and the Derrick Brooks Charities in different ways – Dunn will be part of SuperBuild, an NFL-endorsed initiative to erect six Habitat For Humanity homes in the days leading up to Super Bowl, and Brooks will be part of the Ebony Fashion Fair, a fashion show at the Tampa Theatre. Tickets to the event are $35 at www.derrickbrookscharities.org, and info about SuperBuild can be found at www.habitatsuperbuild.com. 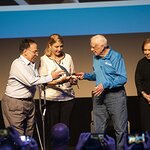