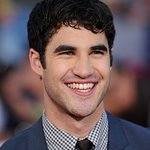 TodayTix, the international ticketing platform on a mission to redefine the way people see theater, will celebrate its five-year anniversary with a concert to benefit the Dramatists Guild Foundation (DGF) New Voices program, on September 24th at 7:30pm EST at National Sawdust in Williamsburg, Brooklyn.

The evening will bring together the elements that have helped bring TodayTix to its five-year anniversary — the artists, the performances and the audiences. Hosted by Darren Criss (“The Assassination of Gianni Versace: American Crime Story,” “Hedwig and the Angry Inch”), the concert will feature stripped down musical sessions, in an intimate setting, by Mark Ballas (currently starring in “Kinky Boots” on Broadway, “Dancing with the Stars”) with his wife and other half of music duo Alexander Jean, BC Jean, Erich Bergen (“Madam Secretary”), Ariana DeBose (Tony Nominee, “The Donna Summer Musical”), Kathryn Gallagher (Lifetime’s “You,” “Spring Awakening”), Lesli Margherita (Olivier Award winner), Matthew Morrison (Tony and Emmy Nominee) and Ethan Slater (Tony Nominee, “SpongeBob SquarePants: The Broadway Musical”). Benjamin Rauhala will serve as Music Director.

“In celebration of five years of TodayTix making theater more accessible for new audiences, we will bring together a few of our favorite artists to put together an unforgettable night that not only pushes the boundaries of how and why we keep coming back to the theater, but also supports the next generation of creators who build it,” Brian Fenty, TodayTix Co-Founder and CEO, said.

The concert will kick off at 7:30pm EST at National Sawdust, a dynamic home for artists and new music in Williamsburg, Brooklyn. Tickets are available now exclusively on the TodayTix app and website. General Admission tickets are $55 for standing room or $149 for VIP Lounge tickets, which includes access to the reserved VIP lounge, a pre-concert cocktail reception and commemorative poster from the show’s cast.

Profits from ticket sales will directly benefit DGF’s New Voices program. In alignment with TodayTix’s mission to make theater more accessible, the New Voices program brings trained teaching artists into classrooms, where they lead students in the collaborative creation of their own plays. This empowers students to discover the power of their own voices, helping theater to thrive for years to come.

To learn more about TodayTix, visit www.todaytix.com or download TodayTix for iOS or Android. 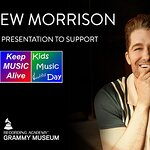