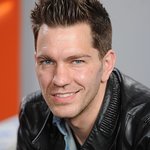 AutoNation will sponsor the fourth AutoNation Cure Bowl at Camping World Stadium, to benefit the Breast Cancer Research Foundation, the largest private funder of breast cancer research in the world. BCRF is also the highest rated breast cancer organization in the U.S.

Grammer will be performing at the AutoNation Cure Bowl Tailgate and Pre-Game Concert, fresh off his Good Parts Tour Driven by AutoNation DrivePink in select markets. Early detection and raising awareness became important to the pop artist after losing his mother, Kathy to breast cancer.

Andy Grammer said, “I am happy to once again join AutoNation and its commitment to Drive Pink. So many people have been affected by Cancer, and we need to continue to fight for a cure.”