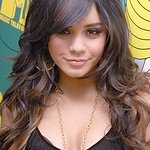 The actress is participating in an exclusive Super Bowl LIII weekend package to raise critical funds to fight cancer.

Vanessa Hudgens is a San Diego native who emerged as a star from Disney’s popular High School Musical series. It’s no secret that Vanessa Hudgens became a star from the amazing Disney Channel film series. She continues her acting career staring in popular films like Spring Breakers and Machete Kills. Recently she starred in The Princess Switch, Dog Days, and Second Act in which she co-starred with Jennifer Lopez. In 2019, she will star in the television adaption of Rent: Live and the film Polar. In addition to working as an actress, Vanessa Hudgens has a successful singing and theatre career. She has released several albums and has been in numerous Broadway plays. Vanessa Hudgens uses her platform to advocate for different charities and is known for being involved with different non-profit organizations, as well as giving school supplies to Los Angeles students. Since she was 16 years old, she’s been involved with the Make-A-Wish Foundation. She was also recognized for her philanthropy during the 2017 Teen Choice Awards. She accepted the See Her Award, which recognized her charity work for women and children. In addition to the aforementioned, Vanessa is a huge advocate for poor housing conditions and children with life-threatening medical conditions.

Vanessa has recently been named as American Cancer Society (ACS) Global Ambassador. Vanessa’s family was personally affected by the disease with the loss of her father, as well as the mother of her longtime partner, Austin Butler, prompting her involvement with the ACS.

“We are thrilled to welcome Vanessa Hudgens as an ambassador for the American Cancer Society,” said Sharon Byers, Chief Development, Marketing, and Communications Officer for the American Cancer Society. “Like so many of us, Vanessa brings personal experience of how devastating this disease can be, and we are grateful for her support as we continue to attack cancer from every angle.”

Since 2009, the American Cancer Society and the NFL partnership have been committed to saving lives from cancer; raising over $18 million dollars through the Crucial Catch program. ‘Crucial Catch’ focuses on cancer prevention and early detection across multiple cancers, helping more people catch cancer early, particularly in high-risk communities.

The ACS and Vanessa, along with the National Football League (NFL), will surprise one lucky contestant with 2 free Super Bowl LIII tickets upon donating at least $10 to the ACS. The lucky fan can bring a guest and they will be able to experience the Ultimate Super Bowl Weekend, February 1-3, 2019. During the game the lucky fan and their guest will sit next to Vanessa Hudgens. “Cancer has taken the lives of so many people I love,” said Hudgens. “It ate away at my father’s body for years before he was diagnosed and when he was, it was too late. The same thing happened to my partner’s mother. It was a traumatizing time and I’m still dealing with the pain of the loss. I hate cancer and the pain it brings to everyone surrounded by it. I am so proud and excited to help the American Cancer Society do everything possible to fight back against this awful disease. We can all do more to help save lives and support those dealing with cancer.”

You can meet Vanessa here.