Noel Gallagher & The Who Perform For Cancer Charity 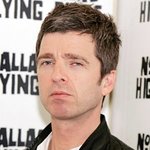 A six-day series of concerts for the Teenage Cancer Trust at London’s Royal Albert Hall will begin on March 26th, boasting Noel Gallagher and The Who among its line-up of stars.

The Who frontman Roger Daltrey has been a long-time patron of the annual event, but his group is appearing this year for the first time since the first event in 2000.

Daltrey announced the roster of performers on the charity’s website, saying, “Over the years these shows have really made a massive difference to the money available to build TCT units in NHS hospitals. They also give our teenagers the moral support to help fight this terrible disease.”

Other bands performing at this year’s concerts include Kasabian, the Kaiser Chiefs, The View and The Coral. Wednesday 28th March will see an evening of comedy in place of music, with Russell Brand and Noel Fielding performing.

More information about the concerts is available at the Teenage Cancer Trust web site.

IfOnly has launched their premium curated experiences in partnership with The Big Red Group (BRG) in Australia. More →