Be Part Of A Charity Night Of Funny People 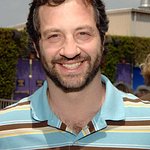 Do you want to be an extra in a star-studded new movie and help charity at the same time? Well, here is your big break!

Universal Pictures, in association with The Improv Comedy Club, is presenting “A Night of Funny People” at the Orpheum Theatre in Los Angeles on Tuesday, January 13. The show is a one-time-only comedy performance that will be filmed for use in Universal Pictures’ upcoming feature Funny People – from writer/director/producer Judd Apatow – and the film’s stars Adam Sandler, Seth Rogen, Leslie Mann, Eric Bana, Jonah Hill, Jason Schwartzman, RZA, Aubrey Plaza and Aziz Ansari will all be taking part in character.

“A Night of Funny People” will benefit the Multiple Sclerosis Society and 826LA, a non-profit organization dedicated to supporting students ages six to 18 with their creative and expository writing skills and to helping teachers inspire their students to write.

Tickets are $20 and are available through TicketMaster.

Funny People is released in theaters on July 31.