Producer Suzanne DeLaurentiis Steadfast in her Support for Soldiers and Veterans 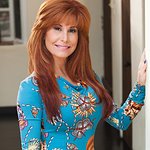 Growing up in Central New Jersey, not far from Fort Dix and McGuire Air Force Base, Suzanne DeLaurentiis, a thirty-five-year veteran Hollywood producer, has always had a significant military presence in her life.

When she volunteered for the U.S.O. during the late seventies, her heart went out to the plights of United States Veterans and their families.

“The end of the Vietnam war was so eye-opening. I witnessed many families endure the pain of missing loved ones held as prisoners-of-war or were still missing in action. I also saw the many young soldiers that did come back have substantial injuries or post-traumatic stress disorder. Some didn’t come back at all. I felt completely overwhelmed with gratitude for the sacrifices and the services they made for our country. But what could I possibly do?” she asks. “I was just one person, but I knew in my heart I wanted to do something to support our Veterans families and make a difference.”

During production on one of her films, a friend of hers mentioned that his brother was a Vietnam War veteran, suffered from P.T.S.D. and had a hard time finding work after his deployment. He asked if there was anything in her production company that his brother could do. DeLaurentiis had a lightbulb moment: “Then it hit me. I knew what I could do to help,” she says.

She began a program at her production company called, Operation Hollywood where she would train veterans and returning service men and women from active duty to work in the movie business. She would then hire them on her films, providing both education and experience. The program was a huge success.

“I was inundated with people who were wanting to be part of the program. I felt honored and proud to be able to do something that showed my appreciation and give back to these families that had already given so much,” DeLaurentiis explains.

In addition to the program, she sponsors different events throughout the year to raise awareness for our country’s brave men and women who serve in the United States military. These events include sophisticated black-tie galas, with many of her celebrity friends in attendance, to casual parties, as well as gifting suites. Service men and women are presented with plaques and awards to honor their service to the United States.

In 2010, DeLaurentiis herself was awarded a Medal of Commendation from the United States Military for her program and her continued philanthropy. “I was completely humbled by the experience.” DeLaurentiis states. "My hope for the future when I retire from filmmaking is to fully devote my time to more veterans charities and causes.

This year on February 23rd, Suzanne will Sponsor and Host a gifting suite in honor of Oscars week, to raise awareness for our brave Men and Women in our United States Military. It will be held at the Intercontinental Hotel in Century City.

On Sunday, March 4, 2018, Suzanne DeLaurentiis will host her Annual Black Tie Gala And Dinner Event at The Intercontinental Hotel in Century City, that will include an award presentation honoring men and women in the United States Military. More →