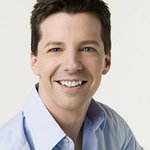 The organization also announced stage and screen stars who will be in attendance at the Los Angeles ceremony, including the cast of Queer Eye, Jameela Jamil (The Good Place), Imagine Dragons front man and LGBTQ ally Dan Reynolds, and Nico Santos (Crazy Rich Asians, Superstore)

The 30th Annual GLAAD Media Awards honor media for fair, accurate, and inclusive representations of LGBTQ people and issues. Events will be held in Los Angeles on Thursday, March 28 and continue in New York City on Saturday, May 4. The 30th Annual GLAAD Media Awards are presented by Delta Air Lines, Gilead, Hyundai, Ketel One Family-Made Vodka, and Wells Fargo. GLAAD previously announced that Madonna would receive the Advocate for Change Award at the New York City event.

Sean Hayes will receive the Stephen F. Kolzak Award in Los Angeles, which is presented to a LGBTQ media professional who has made a significant difference in promoting LGBTQ acceptance. The award is named after a legendary casting director, who devoted his life to raising awareness in the entertainment industry about the discrimination faced by LGBTQ people as well as people living with HIV. Previous Stephen F. Kolzak honorees include Jim Parsons, Laverne Cox, Ellen DeGeneres, Troye Sivan, Ruby Rose, Chaz Bono, Wanda Sykes, Melissa Etheridge, Pedro Zamora, Robert Greenblatt, Paris Barclay and Sir Ian McKellen.

For many Americans, the TV character of Jack McFarland was one of the first out and proud gay men who they met and cheered for. Sean’s portrayal of Jack changed countless hearts and minds, and increased LGBTQ visibility at a time in history when representation and inclusion were low," said GLAAD President and CEO Sarah Kate Ellis. “On screen and off screen, Sean uses his platforms to advance stories and messages that make the world laugh, make the world think, and further acceptance of all.”

Sean Hayes returned to his iconic role as Jack McFarland on NBC’s “Will & Grace,” which was revived on the network in 2017, returning to critical and commercial success. “Will & Grace” is currently airing season two, and has been picked up for an 18-episode third season. Hayes originated the role of Jack on “Will & Grace” in 1998 and received an Emmy Award, six Emmy Award nominations, four Screen Actors Guild Awards, two TV Guide Awards, an American Comedy Award and seven Golden Globe nominations.

Hayes starred in the 1998 LGBTQ fan favorite film Billy’s Hollywood Screen Kiss and also starred as a gay dad in the NBC sitcom Sean Saves the World. He has appeared on television projects including Scrubs, 30 Rock, as well as Martin & Lewis, a television film that earned him a SAG Award nomination. Hayes made his Broadway debut in 2010 in Promises, Promises, alongside Kristin Chenoweth. Hayes also won an Emmy Award for his hosting duties of the 2010 Tony Awards.

He married his partner Scott Icenogle in 2014 and the two produce videos on their YouTube Channel The Kitchen Sync. They performed a viral lip sync in response to the passage of marriage equality and also penned ‘Plum,’ a children’s book about the sugar plum fairy together. Hayes and his husband visited his hometown elementary school to read the story to students of all ages. Hayes previously presented GLAAD’s Vanguard Award to LGBTQ ally Kristin Chenoweth at the 22nd Annual GLAAD Media Awards. He recently worked with GLAAD to promote the Together Movement, calling on marginalized communities to support and take part in LGBTQ Pride Month. He also has participated in Spirit Day alongside the cast of Will & Grace by sending video messages of support of LGBTQ youth.

LOVELOUD Festival is excited to announce new performers and speakers to its all-star lineup. More →