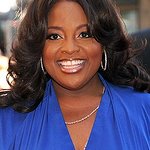 There’s a comedy show that is headed to the legendary El Portal Theatre in North Hollywood on Sunday, March 31, 2019 that is not your typical comedy show.