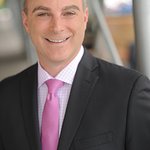 This annual tournament attracts over 250 golfers for a day of golf and entertainment in support of ADAPT Community Network. All proceeds from the event fund the delivery of life-affirming programs and services to children and adults with disabilities and their families.

“We are so pleased to have Scott Stanford hosting our golf outing for the third time,” says Edward R. Matthews, CEO of ADAPT Community Network. “Scott is a longtime supporter of our organization and he makes the day enjoyable for all who attend.”

For the fourth consecutive year, the ADAPT Community Network Corporate Champion Award will be presented at the event to one of ADAPT’s generous supporters, Alan Zack, President of Alliance Brokerage Corp. This award recognizes individuals who demonstrate the power to inspire and lead as role models for people with and without disabilities.

“Alan Zack has been providing Risk Management Services to ADAPT for over 30 years,” says Edward R. Matthews. “Through his effort and diligence, he has saved our organization millions of dollars over that time. He is also a first-rate human being who is always there when we need him. I can think of no more deserving honoree than Alan.”

“Jeff Weiss is an invaluable help to our organization. He and his firm have stewarded the pension investments for thousands of our staff to insure their long-term stability,” says Matthews.

Scott Stanford is a seven-time Emmy award-winning sports/news anchor and the host of This Week in WWE on the WWE Network. Scott recently finished up a five-year run at PIX 11 where he was not only the lead sports anchor but also a co-host on the PIX 11 morning show. Scott can also be seen delivering sports news for CBS Sports HQ.

Before joining PIX 11, he served as a sports anchor for WNBC, a fill-in host for The Crossover on NBCSN and the news anchor on WNBC’s COZI TV (formerly New York Nonstop).

Stanford has also worked in the New York market at WNYW Fox 5 and WWOR My9. Prior to joining My9, Stanford was the full-time afternoon sports anchor on WCBS Newsradio 880, where he was twice awarded the “AIR Award,” recognizing him as the best radio sports anchor in New York City. He began his broadcast career at WFAS in Westchester County and WRKL in Rockland County.

Stanford has also been a play-by-play announcer for college basketball and arena football. He has been heard as an announcer and voice-over artist for many national television programs including The Macy’s Thanksgiving Day Parade and the GQ Men of the Year Awards. Stanford received a degree in Broadcasting and Communications from the State University of New York at Oswego. He lives in northern New Jersey with his wife and daughters.

ADAPT Community Network (formerly United Cerebral Palsy of New York City) is the leading human service not‐for‐profit and a pioneer in providing cutting‐edge programs and services for people with disabilities. Every day, they build a more inclusive world for thousands of New Yorkers through education, technology, health, residential, and recreational programs in all five boroughs. Their schools and services encompass many people who have challenges beyond cerebral palsy such as autism, Down syndrome,
spina bifida, and neuromuscular disorders, among others. They are the largest provider of pre‐school education for children with disabilities in New York. ADAPT’s 100 comprehensive programs serve over 18,000 children and adults with disabilities and their families.

For more information about ADAPT Community Network go to:
www.adaptcommunitynetwork.org.

For questions or sponsorship information, please contact Louisa Laverde at 212-683-6700 X1201 or: llaverde@adaptcommunitynetwork.org.